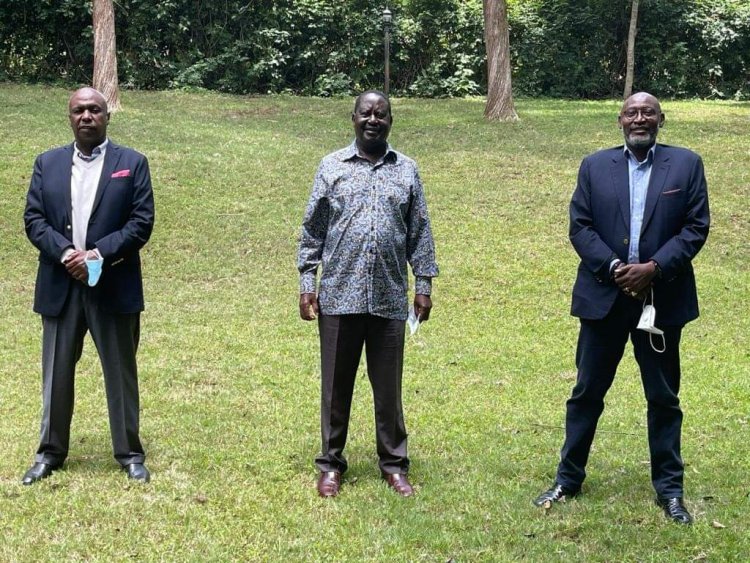 Through a tweet, Gideon Moi revealed that together with Muhoho Kenyatta they were impressed by Odinga`s steady recovery after having contracted Covid-19 last month describing him as one of the country`s foremost patriots while wishing him good health and long life. 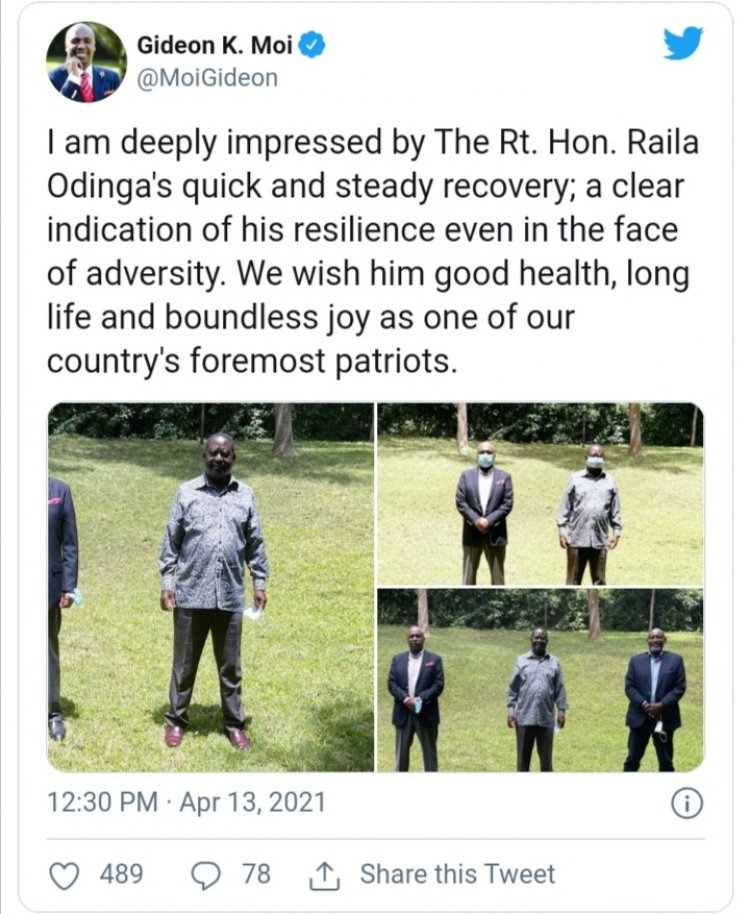 The post has attracted mixed reactions from Kenyans as the country draws near to 2022 elections claiming that the visit was a calculated political move aimed at creating a new alliance and coalition ahead of the 2022 race to State House.

A section of social media users stated that as of now it`s hard to interpret Kenya`s politics which are full of surprises citing that there are no permanent enemies in politics.

Last week Deputy President William Ruto held a nine-hour meeting with ODM Deputy party leader Wycliffe Oparanya which brought about speculations about a new political alliance as both Ruto and Oparanya have expressed interest in the top seat come 2022.

Last month following allegations that the handshake between Raila Odinga and Uhuru Kenyatta was in ICU it was hinted that William Ruto and Raila Odinga are likely to work together again.

Alice Yano: I Have What It Takes To Be Chief Justice