Sadly, however, Kenya continues to see, with deep regret that the vaccine producing countries around the world have begun practicing a form of vaccine nationalism, possessiveness and discrimination, coupled with vaccine hoarding attitude that can only be described as a form of vaccine apartheid. 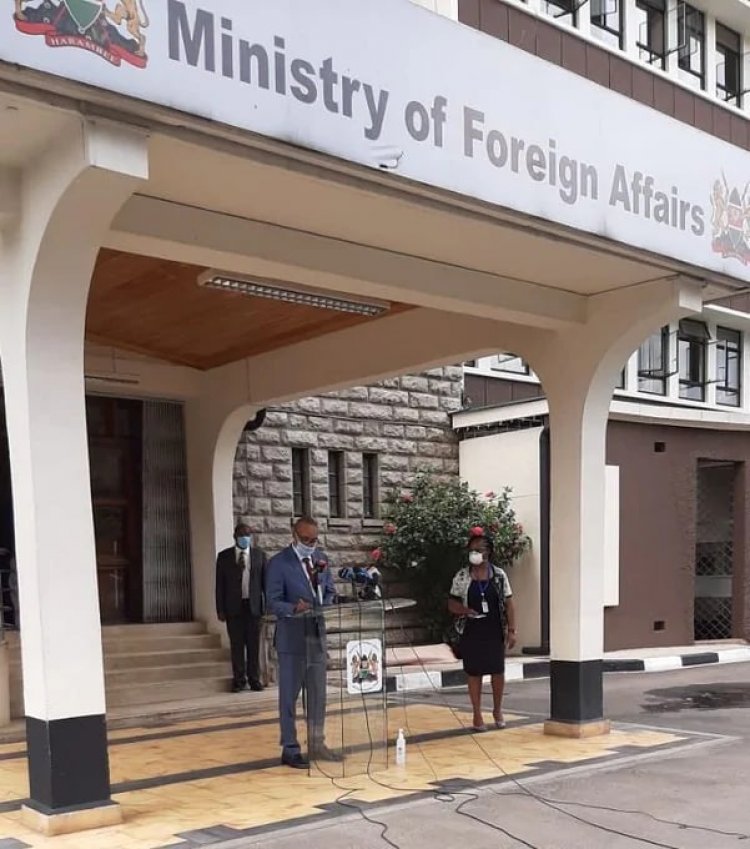 Kenyans have received the decision by the Government of the United Kingdom to red list them and to ban all travel to the UK from the country’s residents and those transiting through the country with great regret and disappointment.

Considering the Kenya- United Kingdom cooperation and the existing relationships on trade, tourism, security and travel, the ban is expected to result into mild, deep and far-reaching consequences.

“ The decision is particularly disturbing in light of the fact that the United Kingdom and Kenya enjoy a strong and lasting relationship embedded in a strategic partnership that has multiple dimensions including health, education, security, travel, trade, and people to people relations,” read part of the press statement.

The statement added that the unilateral decision to have the country locked down does not reflect prevailing logic and scientific knowledge of the disease or the spread of the pandemic.

It further indicated that the decision seems to be motivated by a discriminatory policy against certain countries and peoples.

“Kenya has been consistent in maintaining a positive stance towards the United Kingdom despite the challenges and disruptions imposed by the covid-19 pandemic,” read the statement.

It continued: “ Kenya has also remained in constant contact with the government of the United Kingdom throughout this pandemic in order to maximize opportunity for cooperation.” 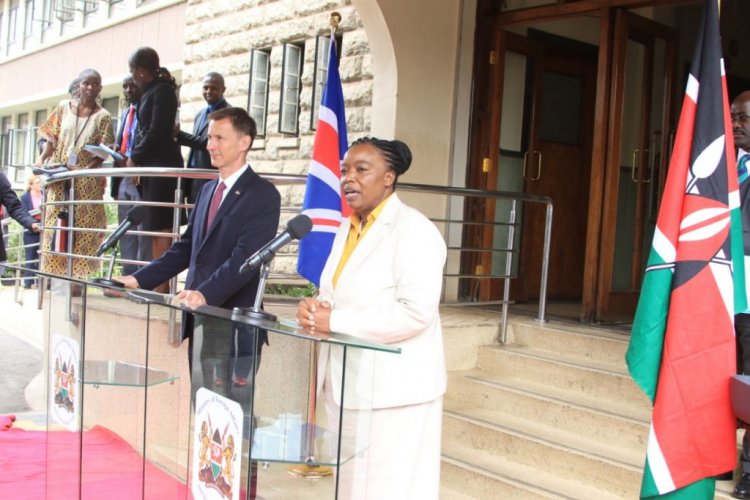 The ministry of foreign affairs in the statement recorded that the country’s performance in managing, combating and containing the spread of covid-19 has been singled out and lauded by many partners including the World Health Organization,WHO,as being exemplary and worthy of recognition and support.

The ministry also noted that with the stringent covid-19 protocols and restrictions that are in place during the third wave, is an example of sacrifice that Kenyans are willing to make to ensure that the disease does not speak in Kenya or anywhere else in the world.

According to the ministry, the country had expected that in building back better from the crisis, the government of the United Kingdom would have sought to reach out with solidarity and support rather than putting punitive measures that are discriminatory, divisive and exclusive in their character.

“Kenya remains to the opinion that in solidarity and in seeking to build back better from this pandemic, the government of United Kingdom would have offered support to Kenya through the provision of vaccines,” read a statement.

“Kenya believes that it is only through solidarity and collaborative partnership in responding to the crisis that this pandemic can be brought to a close and new normal be allowed to emerge in its wake,” added the statement.

The statement further claimed that the vaccine producing countries such as UK have started practicing vaccine apartheid.

Sadly, however, Kenya continues to see, with deep regret that the vaccine producing countries around the world have begun practicing a form of vaccine nationalism, possessiveness and discrimination, coupled with vaccine hoarding attitude that can only be described as a form of vaccine apartheid.

It further told the producing countries to note that the virus did not originate from Africa, knows no geographic boundaries, neither has it existed long enough for humankind to understand what it will morph into in the future.

The country therefore put in measures and restrictions in response to the United Kingdom’s unilateral decision to have then red listed:

• All passengers originating from or transiting through the UK airports will now be required to go through mandatory 14-day isolation at a government designated facility at their own cost upon entry into Kenya.

• While in isolation, they will be subjected to take two PCR COVID-19 tests, on day two and day eight of their quarantine at their own costs.

However, the measures also exempted:

• Cargo flights between the two countries; they will continue operating through specific protocols to be announced.

Kenya, having a genomic surveillance program, has been among the first in Africa to identify various strains including the highly virulent UK and South African strains; The Government of the United Kingdom offers support to our surveillance system through the Welcome Trust KEMRI Kilifi facility, said the statement in part.

“It is imperative not to lose sight of the fact that it was through the Kilifi research centre that the World Health Organization approved the Astra Zeneca vaccine trials that were conducted in collaboration with the Oxford University; These are now the vaccines that are widely used throughout the world including in the United Kingdom,” read the statement.

The Government of the United Kingdom had noted that nearly a third of those who test positive for the virus have the B.1.351 variant, which originated in South Africa.

“Of the average of 550 people that travel from Kenya to the UK each week, a significant number are testing positive on Day 2. Nearly a third of those testing positive have been carrying the B.1.351 variant, which originated in South Africa,” read the UK’s statement.

The restrictions are to take effect beginning April 9, 2021.