Kisii becomes number eight in giving a nod to the BBI Bill which must win support from at least 24 counties in order to proceed to the next level. 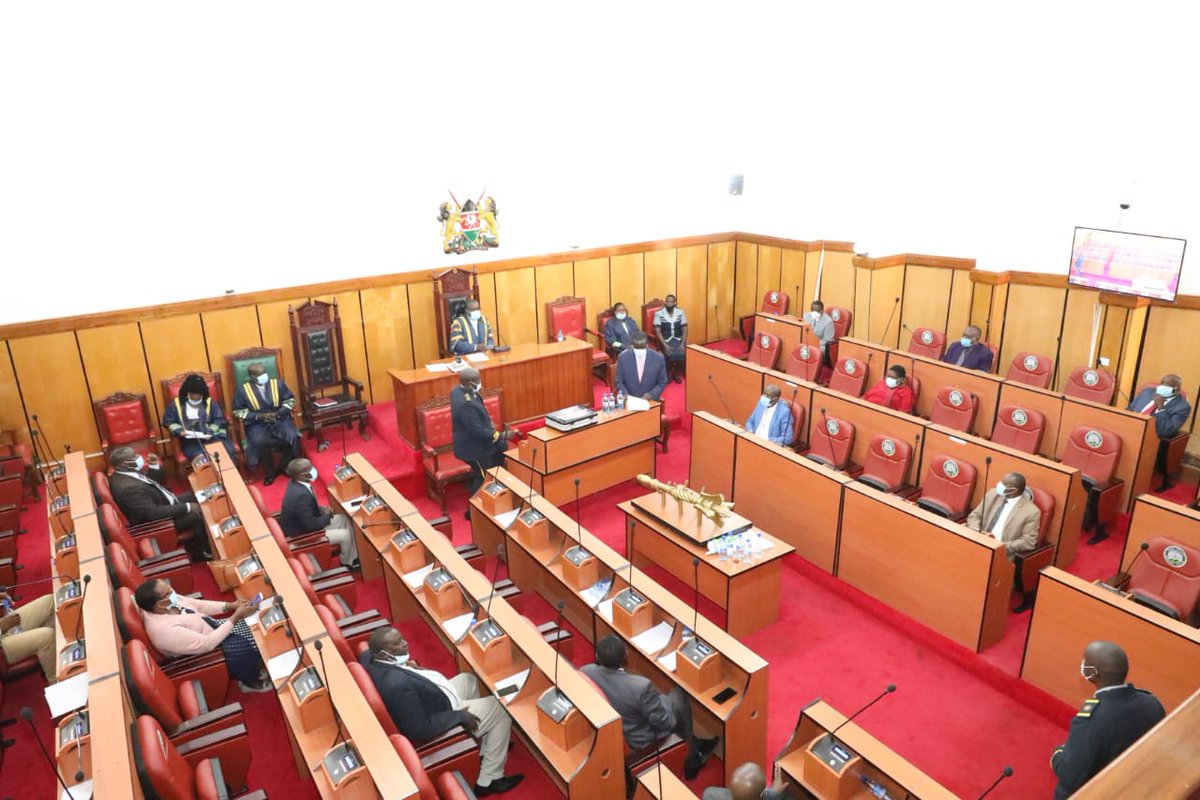 Kisii County assembly in a past session. [Photo/ Courtesy]

Kisii County on Thursday became the eighth devolved government to pass the Building Bridges Initiative [BBI] bill. So far, seven counties have since voted in its favor.

They include Kajiado, Kisumu, Siaya, Trans Nzoia, West Pokot, Homa Bay, and Busia. To sail through, the Bill will require at least 24 counties.

Under the stewardship of Acting Speaker Amos Onderi, the Kisii assembly had about 68 MCAs voting in favor of the Bill. Kisii county boss Governor James Ongwae stated that the region was devoted to seeing that the Bill succeeds.

"We have taken up the task to mobilize registered voters throughout the county to help actualize the constitutional amendment in the forthcoming Referendum," stated Ongwae.

Nominated MCA Eric Janganya called upon those opposed to the Bill especially DP Ruto allies to desist from misleading the public through spoiling the bill.

The BBI Report was officially launched in October 2020 at Kisii state lodge, when President Uhuru Kenyatta and the former Opposition leader Raila received the official report.

If passed, the Bill will enable a referendum in efforts to have the 2010 Constitution amended.

Uhuru Awards Raila And Kalonzo in the Cabinet Reshuffle

Senator Malala Surrenders To Law Enforcers Over the Recent...