Kisumu Commander Ligusa Resigns over Assault of Hawker by Askaris

The acting head of inspectorate at Kisumu County Government Willy Ligusa has tendered his resignation following the incident of assault of a woman hawker who was dragged on the tarmac by local askaris. 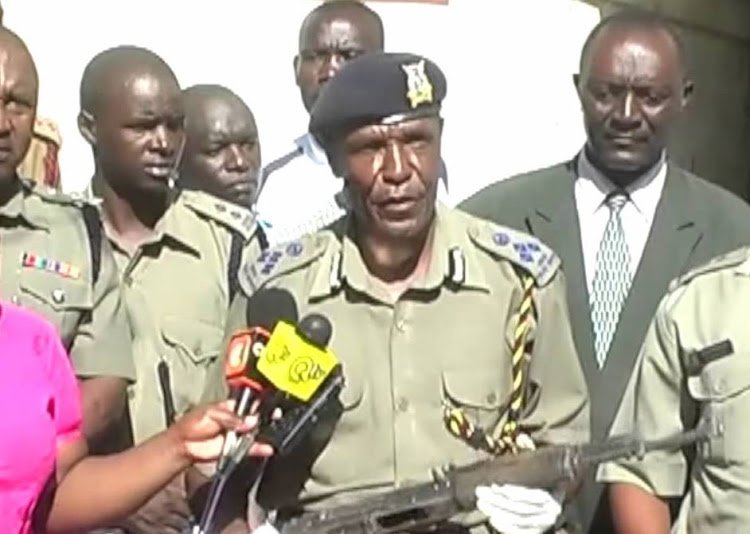 Following the assault incident of a hawker by the county askaris, Commander Willy Ligusa has tendered his resignation letter to the County Governor Anyang Nyong’o.

Referring to the March 24th incident, Commander Ligusa termed it as unsociable, diabolical, and against the rules of natural justice.

“I hereby take full responsibility for the acts committed thereto. I hereby extend my deepest regret to all the people of Kisumu County and the nation as a whole for this is not what the county government of Kisumu represents,” he said in the letter.

Willy Ligusa is a former police commander who served in different positions before retiring as a senior officer.

On Friday, nine-county askaris suspected to have been behind the assault were arraigned in court but they denied the charges and therefore released on sh. 50000 cash bail.

The nine were arraigned for assaulting a city hawker after she was caught selling oranges and lemons in the Central Business District of Kisumu.

A video was recorded showing the county askaris dragging a woman on the tarmac which caused a public uproar on social media leading the county government to take necessary steps.

Kisumu Governor Anyang Nyong’o who was away on an official duty said all the county enforcement officers must carry their duties with fully respecting human rights.

Police In Pursuit For A Woman Who Killed Husband In Molo.