Law Enforcers Captured By CCTV Stealing From a Drinking Den

The issue of police officers robbing businesses is not any new thing. It has therefore become surprising when those tasked with guarding the public turn into robbers. 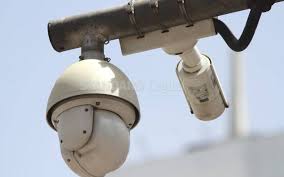 A recently released CCTV footage has shockingly revealed how police officers robbed a drinking spree located in Kayole on March 7.

In the footage, cops fully dressed in their uniform can be seen breaking into the bar forcefully by using metal rods. After gaining entry, one of the officers enters inside the counter and starts picking beer crates and passing them to his colleagues.

The den's owner Mwangi told the media that he lost about Sh122,000 that was stolen by the police officers. According to the entrepreneur, the incident occurred shortly past 9 p.m.

Mr. Moses Mwangi wondered why the cops broke into his premises and looted his stock and cash, yet he had already closed his business in line with the curfew regulations.

He stated that he had all the required documents to run a bar and restaurant business, in addition to him and his employees having been tested for the Covid-19 pandemic.

Commenting on the incident, Kayole Division OCPD Paul Wambugu stated that he was yet to receive any formal complaint.

Wambugu called upon the business owner to consider reporting the occurrence, so as to help deal with those involved.