Speculations were rife that the dismissed Senators were kicked out owing to their BBI stand before Amos Kimunya stood to defend the Jubilee party over the decision. 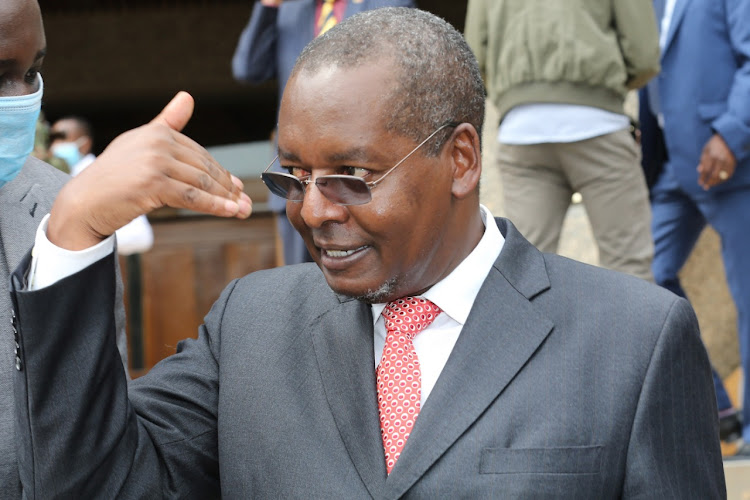 National Assembly Majority Leader Amos Kimunya on Tuesday rubbished claims that Jubilee Senators were expelled over their Building Bridges Initiative [BBI] remarks. According to Kimunya, the six legislators faced the party's axe after having crossed borders.

"...members are free to make their expression but when they cross the line and it is determined it amounts to indiscipline they are taken in due process in accordance with the party constitution," Kimunya told KTN News.

Kimunya added that Jubilee was justified to kick the Senate representatives out, in the ongoing exercise to weed out the party's rebels allied to Deputy President William Ruto.

The decision to expel the six followed shortly after DP Ruto reportedly hosted over 100 Tangatanga legislators at his Karen home.

Jubilee secretary-general Raphael Tuju added that all was not lost, as the affected legislators had a right to appeal their dismissal.

Kimunya insisted that it was high time party leaders teach their members to have some mannerisms while addressing others.

On BBI itself, Kimunya revealed that the bill topped the agendas when the house resumes today in the afternoon. He added that the house was more than prepared to undertake its role pertaining to the bill.

President Uhuru Kenyatta to Launch the CBC Report at the KICC

Kazi Mtaani Youths To Be Paid On Wednesday