Leicester City have now reached the semi-finals of the FA Cup for the first time since 1981-1982 as they had lost five consecutive FA Cup quarter-final matches. This win is their first win in 14 attempts against Manchester United since beating them 5-3 in a Premier League game in September 2014.

Leicester's striker Kelechi Iheanacho scored twice making it nine goals in nine games where he took advantage of Fred`s awful backpass to round Dean Henderson to score in the 24th minute after the hapless Brazilian was played into trouble by captain Harry Maguire.

Mason Greenwood equalized the goal before half-time but Youri Tielemans restored Leicester City`s lead with a shot seven minutes after the break before Iheanacho took advantage of shocking marking at a free-kick to result to Leicester's third goal after 78 minutes.

Leicester City will now face Southampton the team they managed to beat 9-0 at St.Mary`s Stadium last season. Leicester are in a very favourable position in the Premier League`s top four position and now have an FA Cup semi-final to look forward to in what is shaping up to be a good season for them. 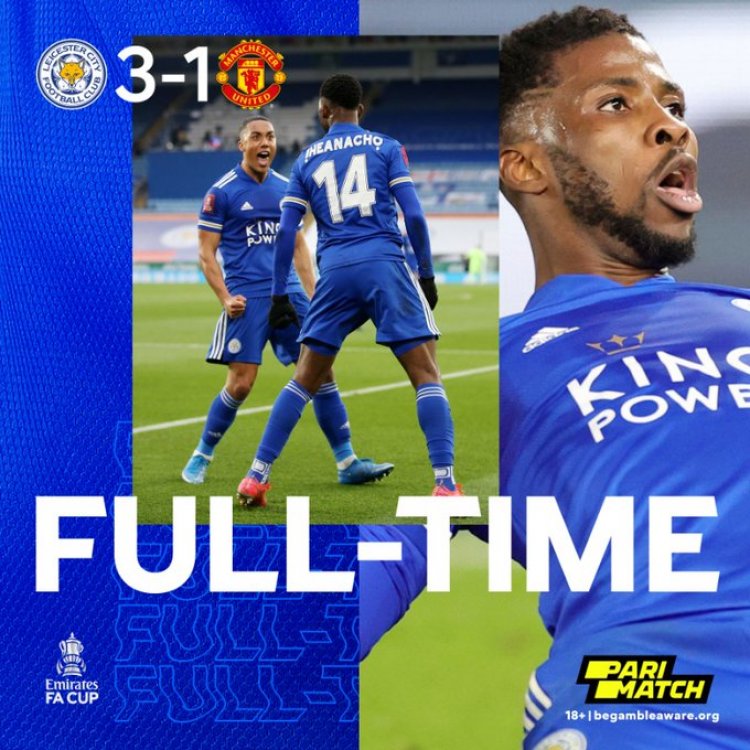 Leicester 3-1 Man United: Foxes are through to the Semi-Finals (Video)