Machachari's Mama Stella Pleads for Help To Fund Her Medication

Citizen TV’s former Machachari actress,Clara Wamaitha alias Mama Stella, has appealed to Kenyans to help her raise a medical bill of SH150,000 after sinking into depression caused by skin infection.

Mama Stella has been battling a skin disease, vitiligo, which she says started even before the Machachari show ended though did not take it seriously.

“Before the show ended, I spotted some slight colouring on my hand. I wasn’t keen on my skin but later on, I came to regret it,” she said. 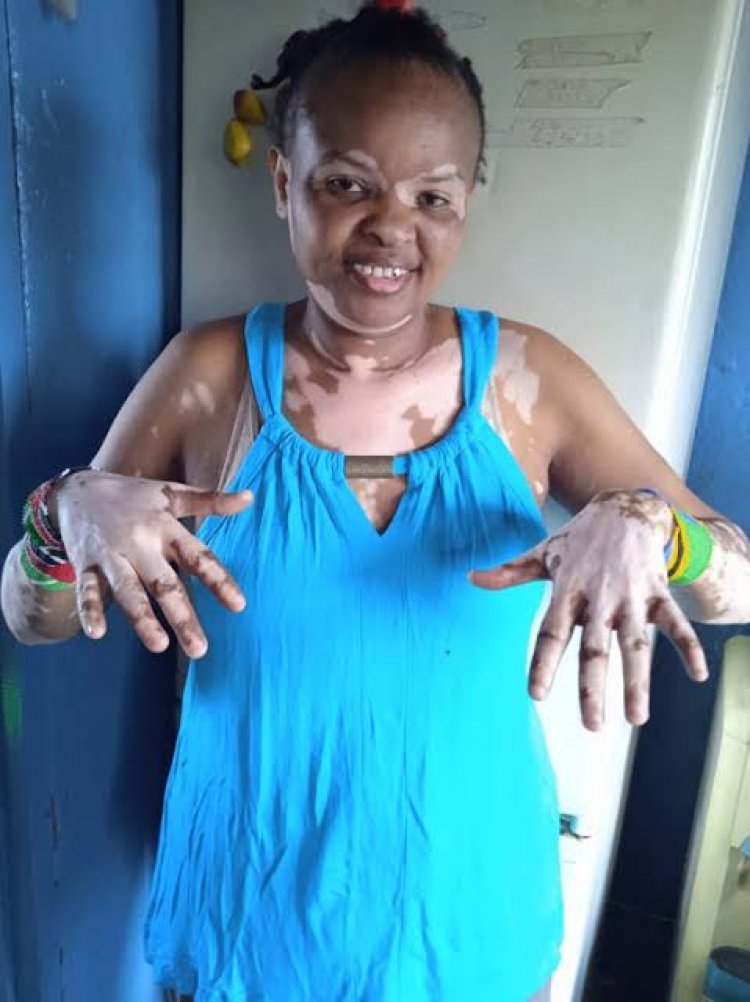 Vitiligo is a condition in which the skin loses its pigment cells resulting in discoloured patches.

The mother of two said that her medication, which has since been funded by her daughter, has become a burden causing her to fall into depression knowing that with the skin change, she will not be in a position to partake in any show again.

"I have gone to all the hospitals and spent a lot. My daughter funded that. At times I became depressed since I knew that with the skin change, there was going to be no shows for me," said Wamaitha.

She added: "I would like to set up a business that will make me a bit stable."

The mother of two graduates had started a production business until corona hit the country dismantling any existing project.

"Everyone in that show built each other. There was love in that show. After Machachari, life has not been easy," she said.

Her ailment and the harsh growing economy has thwarted all her efforts to generate any income or even borrow loans to cater for her daily upkeep.

"During that time, I could take loans but now, nothing. I can't since I do not have any income-generating business,” she confirmed.

“My daughter graduated with a first-class honours degree in forensic science. She is a fingerprint expert and my son is also a graduate," added mama Stella.

Rwanda Continues with the Use of AstraZeneca Jab with More...

How To Get One of ICU Beds In Nairobi Hospitals