Man in Kisumu Snatches a Pistol From an Officer, Shoots 1 Dead, Injures Three Others

Efforts to have Kisumu security authorities commenting on the matter proved futile after they could not respond to press calls. 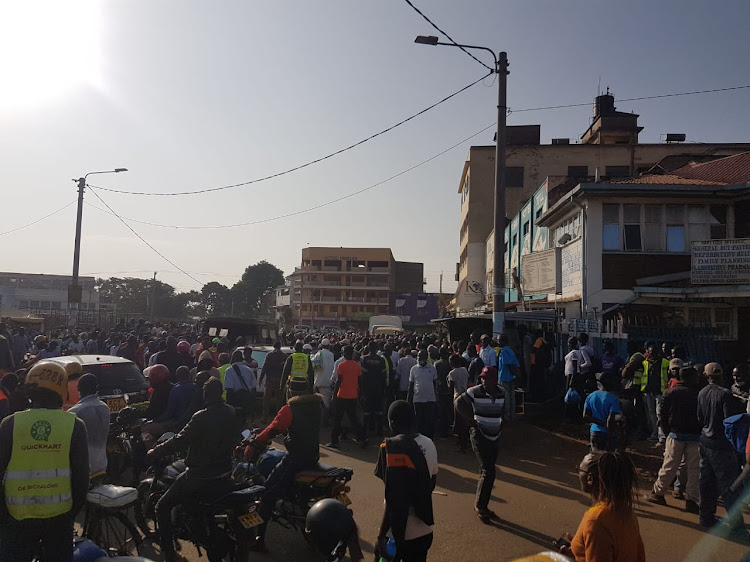 Public members gather at the scene where the killer got lynched. [Photo/ Courtesy]

Kisumu residents were on Friday morning treated to a rare occasion after a man allegedly snatched a firearm from a law enforcer, shooting dead four people instantly.

In the incident that occurred in Kisumu Bus Park, two other people sustained serious injuries after being shot by the same man.

One among the two was a police officer who tried to chase after the man before he got shot in the stomach, while the other one was a woman who got shot on her thigh.

According to the eyewitnesses, the shooter was sprinkling bullets on anyone who dared cross his path. Residents later managed to corner and lynch him as he tried escaping through a certain hotel.

He had gloves on his arms, with other sources saying he also wore a facemask. The killer also had two identity cards with different names. The firearm has since been recovered.

Puzzle of Millions Collected From Eldoret Locals to Use...

NMS to Charge for Services at New Green Park Terminus