MSL Matatu has been spotted this morning doing a backward reverse on the busy Thika Super Highway road not caring about the lives of passengers on board.

Matatu Spotted Reversing on Busy Nairobi Highway
MSL Matatu has been spotted this morning doing a backward reverse on the busy Thika Super Highway road not caring about the lives of passengers on board.

In the video that has been shared on Twitter's social media account, the bus can be seen risking the lives of other motorists on the road alongside the lives of passengers on board by reversing while vehicles heading in opposite directions coming at a high speed.

Upon investigations, the Matatu might have been reversing due to ongoing traffic that is being experienced along the busy Thika Road since morning.

It is believed that the Traffic Snarl-up was attributed to a truck that had overturned along forest Road next to Shell Petrol Station blocking all three Nairobi roads around that area. 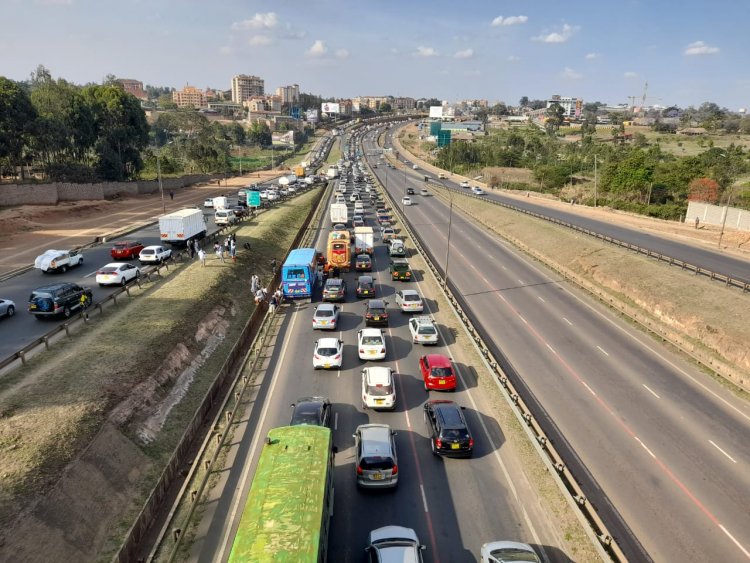 Prestigious But Costly, Financial Burden Expressway Will Mean to Taxpayers

Chaos Erupts in Nyamira County as MCAs Exchange Blows at...