Following the woman's death, Memba Sacco vehicles will be required to undergo an inspection before being allowed back to the road. 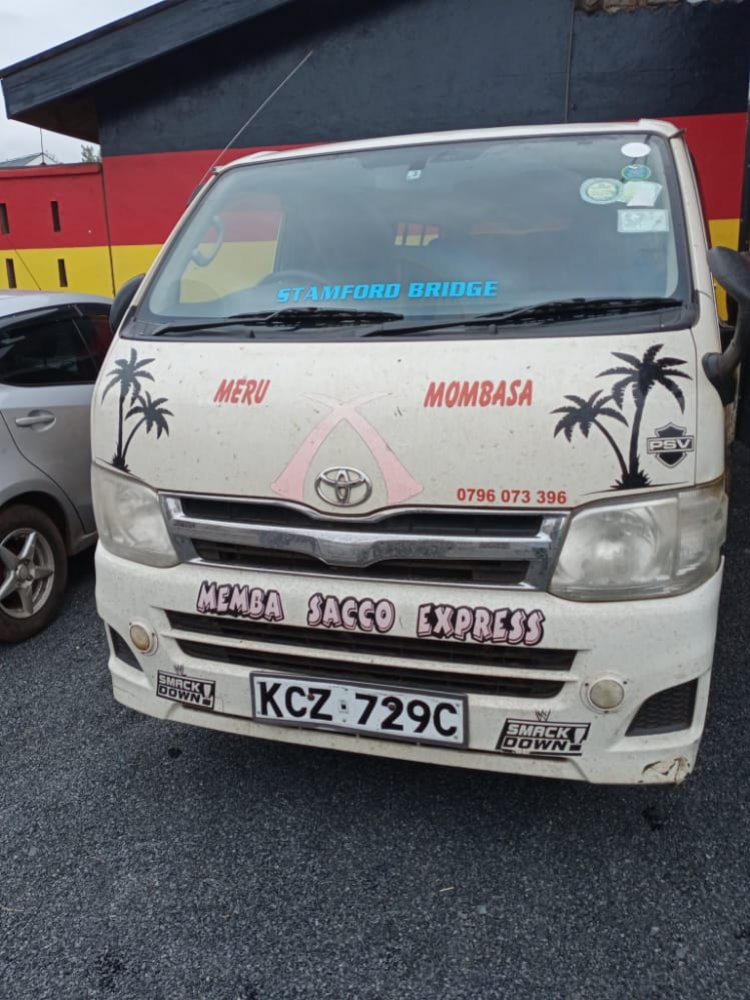 The vehicle that allegedly caused the woman's death [Source/ Twitter]

National Transport and Safety Authority [NTSA] has revoked the operating license for matatus belonging to Memba Sacco, following a recent that costed a woman's life.

The agency announced the decision on Tuesday [today] after a woman died after being thrown out of a moving vehicle belonging to the transport organization.

The victim Judy Wanjiku, a banker at Equity bank in Ruiru was pushed from the vehicle by the driver after an alleged altercation.

The vehicle under registration number KCZ 729C is being detained at Wanguru Police station in Mwea. Speaking on Monday, Inspector-General Hillary Mutyambai told Kenyans that the suspect was yet to be arrested.

However, Mutyambai assured the public that nobody will go unpunished in relation to the woman's death. Eyewitnesses revealed how the driver even wanted to run over the woman after she fell off before car wash attendants rescued her

The Sacco officials have since been summoned by the NTSA over the incident. Further, all vehicles owned by the Sacco are required at the agency's inspection centre in Likoni road, Nairobi where they will be cleared afresh.

Only cleared vehicles belonging to the Sacco will be allowed to operate.

There Has Not Been Any Downgrade Of The Security Of The...