Mikel Arteta: Arsenal Are Their Own Worst Enemy

Mikel Arteta says that Arsenal needs to stop being their own worst enemy by giving away chances despite a 3-1 victory against Olympiacos in the Europa League.

Arteta stated that Arsenal should stop being their worst enemy after defensive lapses undermined their last 16 first-leg victory against Olympiacos in the Europa League. He further added that they needed to be honest with themselves as the game proves that they gave away three chances to the opponent which they took advantage of one and scored.

Mikel further said that they need to be more ruthless and dominant if they are really interested in advancing to the next level stating that the goals and chances they have conceded have come from themselves. He believes that when they stop it they will be stronger thus gaining a great reward.

Arsenal secured a fantastic 3-1 victory which places them at an advantage avoiding a repeat of their dramatic exit to Olympiacos last term. Martin Odegaard`s opening goal paved way for their win but Olympiacos levelled the goal which made Arsenal uncomfortable until late goals from Gabriel and Mohamed Elneny.

Arsenal have won eight of their nine Europa League games this season making them the highest scorers in the competition so far with 27 goals. Statistically, Olympiacos have won their first three home meetings with Arsenal and have now lost their last three against Arsenal at home. 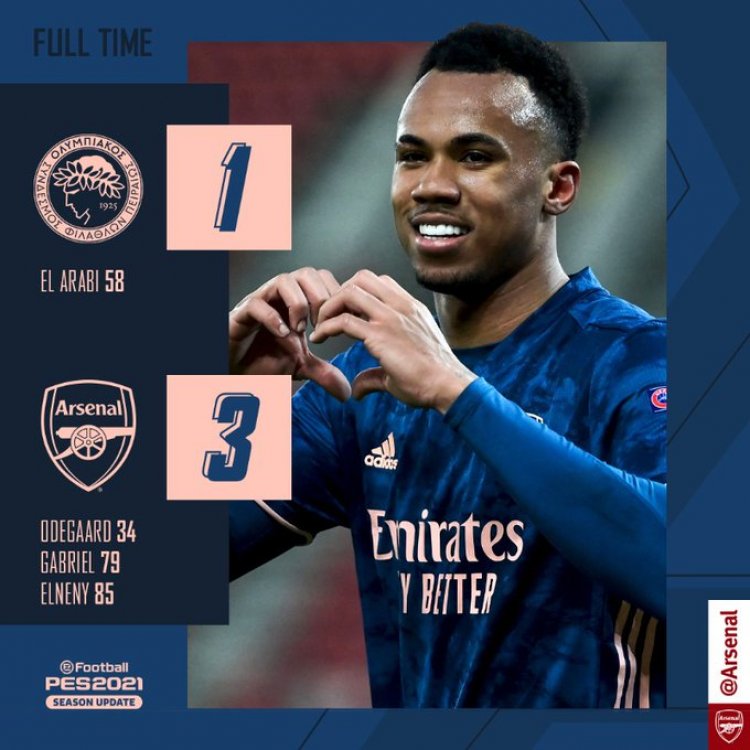 Eight Countries Halts the Use of AstraZeneca Covid-19 Vaccine

Not the dream home debut for Messi…. Star-studded PSG struggles...