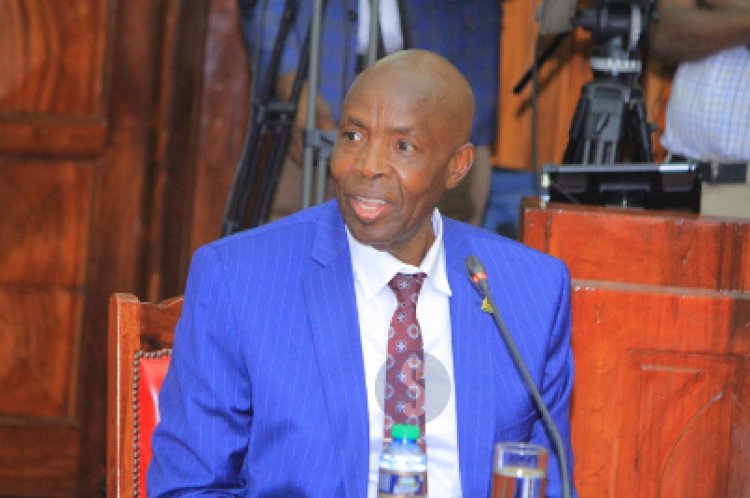 According to Machogu, the government has taken steps to ensure that food gets to schools in areas affected by famine and drought so as to relieve parents in such areas.

“We don’t want any of our pupils to miss school in the pretext that there is no food,” he said.

Inter-ministerial and inter-governmental initiatives will make the feeding program successful. Various ministries and government organizations will work together to make sure the food is delivered to the right schools and recipients.

During the launch, CS Machogu thanked all of the donors and well-wishers and urged them to keep supporting the government by giving food to hungry Kenyans.

The counties are among those chosen for emergency assistance through several food relief initiatives.

Beginning on Thursday, November 3, schools in the aforementioned counties will be receiving assistance supplies from the government.

KICD CEO Prof. Charles Ong'ondo and departing PS Basic Education Julius Jwan are among those in attendance with Machogu at the launch of the school feeding program.

Drama As men Fight Over A Girlfriend In Town {VIDEO}