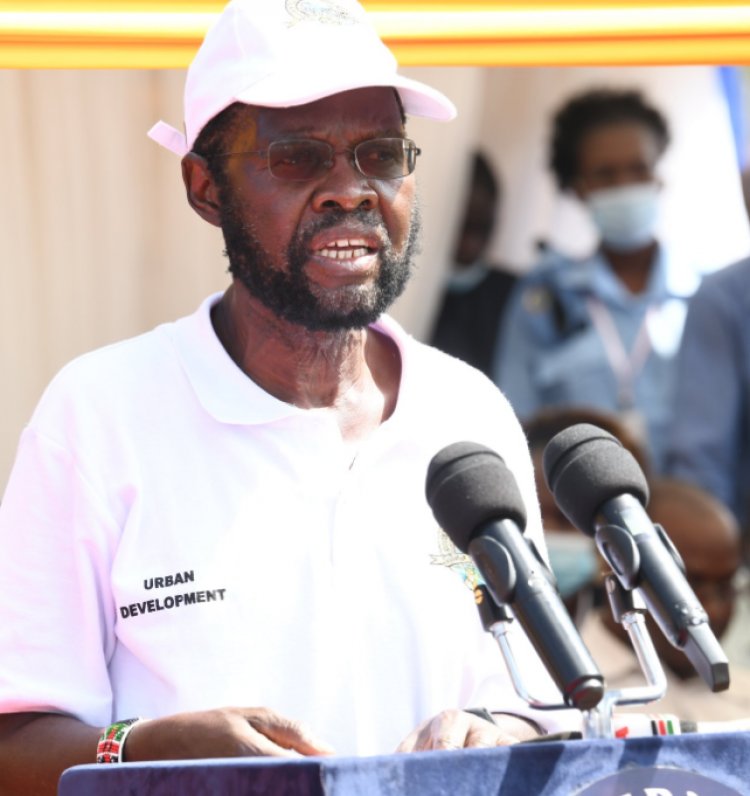 Kenyans on Twitter {KOT} have however reacted furiously towards governor Nyongo`s move stating that suspending the county Askaris is not the solution.

According to the netizens they want governor Nyong`o to oust the Askaris from their duties and justice to prevail for Beatrice Mugolo. 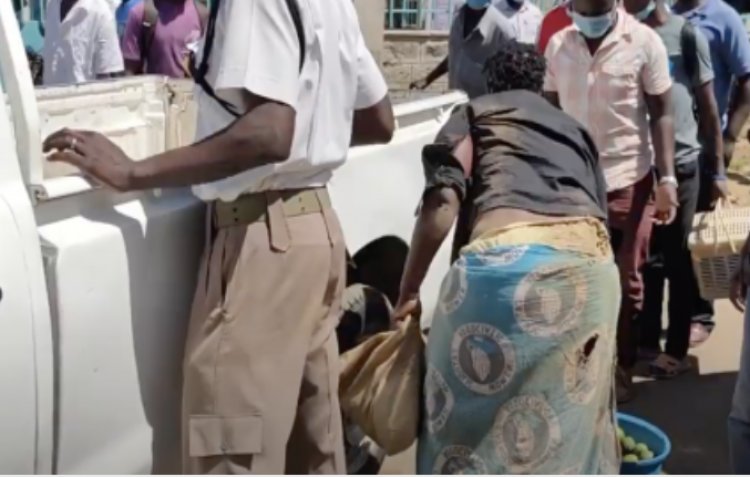 In the un dated video that trended on social media on Wednesday 25th morning, angry Boda-boda men were seen speeding after the pick-up to rescue the poor woman.

Beatrice was tired behind the speeding pick-up as a punishment after she was caught hawking her vegetables in the streets of Kisumu Central Business District {CBD}. 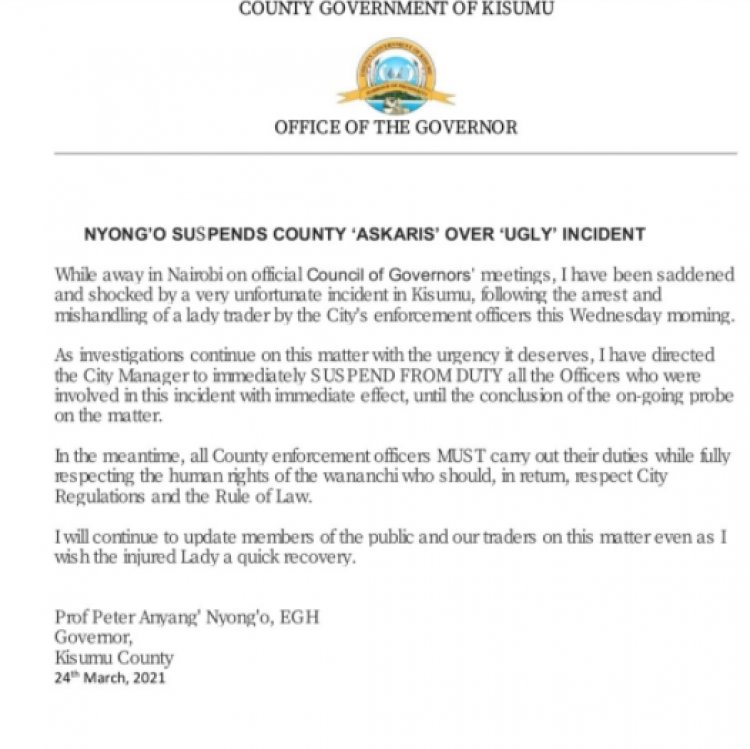 Below are the Kenyans Reactions towards Governor Nyong`os Suspension move.

C`est Moi wrote: @AnyangNyongo my governor, suspending them from duty is not enough, neither wishing the victim a quick recovery is, talk about taking her to hospital, being poor and a widow is not a crime. Compensate!

Osinja wrote: Indeed, that was very ugly Prof., Human rights & dignity must be well considered even as you try to change the face of Kisumu. I appeal to you to also consider getting those hawkers a place to avoid such public humiliation.

Raquel wrote: A video is going round of your senior officials making a joke of the issue, with the lady present. Where is humanity? The council Askaris should be charged. What they did was impeccable.