Mother Gets Sons Jailed For 20 Years

The two suspects were arrested alongside their elder brother, who is believed to have died at King'ong'o prison while in remand.

A court in Kenya. /FILE

Two brothers met their dramatic end after their mother testified against them in court, resulting in them being handed a 20-year jail term.

Jane Gichambi testified before Justice Kanyi Kimondo of the Murang'a High Court and stated that she saw her sons attack and kill their father.

According to her, on the fateful day, she was milking cows at 6 am when she witnessed her husband, Esbon Macharia, struck on his head with a piece of wood.

"I heard someone screaming in pain. When I turned around, I saw the accused and their elder brother assaulting their father," she revealed.

Gichambi added that as soon as her husband fell to the ground, the suspects descended upon him with numerous blows. She dropped the milk can and moved away to a safe distance where she couldn't be spotted and she was able to scream for help.

She added that some of the neighbours rushed to the scene. However, as soon as they arrived, they found Macharia's body on the ground, his hands broken and injuries on the head, face and mouth. The suspects were however nowhere to be found.

Further, in cross-examination, she noted that the accused assaulted both her and the deceased for a period of six months prior to the murder. The two cut her on the mouth and bruised her left eye.

She also added that the attack was so serious it forced them to leave their house for an entire year.

The two suspects, however, denied the claims, alleging that they were not present at the scene of the crime. Justice Kimondo, upon review of the evidence, refuted their claims as unbelievable.

"The first accused said on the material day he was away in Kangari in Kigumo, while the second claimed he was in Murang'a," reported the judge.

He also added the confirmation of the identity of the suspects by the mother.

"I have reached the conclusion that the alibis are a sham and unadorned by any persuasive evidence. The entire corpus of direct and circumstantial evidence points irresistibly and exclusively to the guilt of the accused. The chain of events is complete. I find no hypothesis that exonerates the accused.

"The upshot is that the prosecution has proved the charge beyond reasonable doubt. Both accused persons of malice aforethought caused the death of Esbon Macharia Gichuhi by an unlawful act. I accordingly enter a finding of guilty. Both accused are hereby convicted," he ruled.

The two suspects were arrested alongside their elder brother, who is believed to have died at King'ong'o prison while in remand.

The brothers allegedly wanted their father to register a six-acre piece of land in their name but refused. 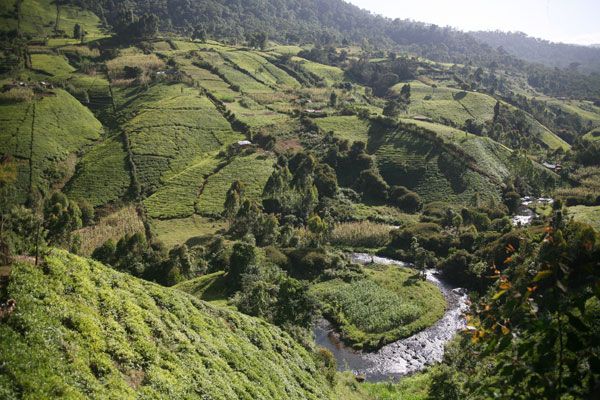 Man in Kisumu Snatches a Pistol From an Officer, Shoots...