Myanmar citizens on Thursday 22nd begun a condom protest against the Myanmar military who have seized power since February 1st. 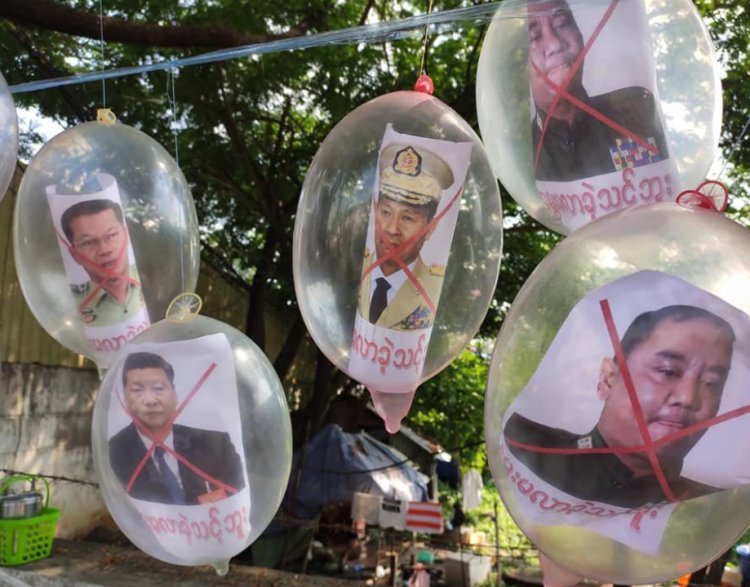 This comes at a time the Yadanapon University Students marched on the streets to protest military dictatorship to stop abductions.

Among them were a doctor, a lawyer, and an IT professional.

On the other hand, the military Junta went to a crackdown protest in plain clothes to  KyweLuu village fully loaded in private cars on Apr 21 around 4 pm and violently begun beating up 3 protesters and later abducted reportedly abducted them.

According to the Myanmar residents, they believe that on this condom Protest Day, the Military Junta Couldn’t have been born. 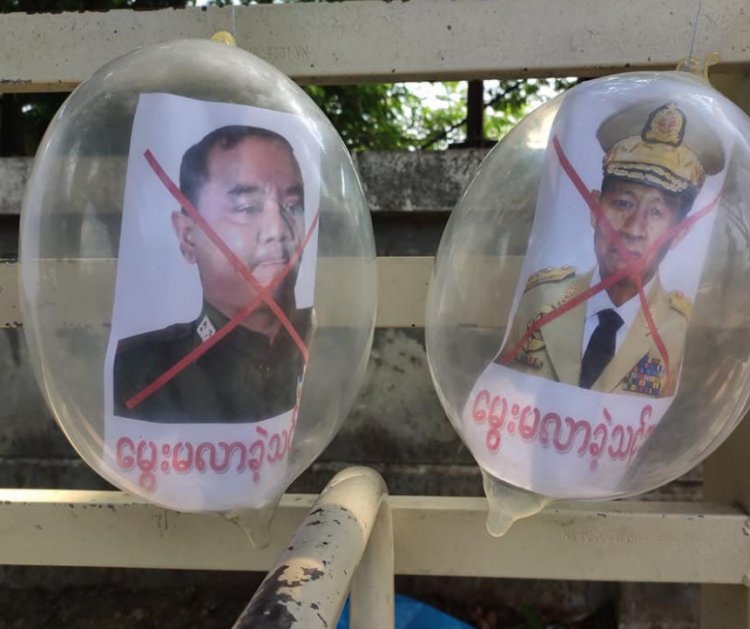 However, Myanmar Leader  Suu Kyi is still under house arrest and is being charged with various offenses. These include violating a colonial-era official secrets act that could see her jailed for 14 years.

The 75-year-old only Myanmar Hopes has always led Myanmar’s struggle against the military rule for decades. She also won the Nobel Peace Prize in 1991.
The Myanmar leader Suu has been charged with illegally possessing two-way radios and violating coronavirus pandemic protocols alongside bribery.