The audio was a faint recording of the gusts of wind captured by the rover as it descended on the Red Planet. The real footage in the video was captured by several cameras that are part of the rover's entry, descent, and landing suite.

The National Aeronautics and Space Administration (NASA) on Monday, February 22 released a video and audio documenting the landing of the Perseverance rover on Mars.

The audio was a faint recording of the gusts of wind captured by the rover as it descended on the Red Planet. The real footage in the video was captured by several cameras that are part of the rover's entry, descent, and landing suite. 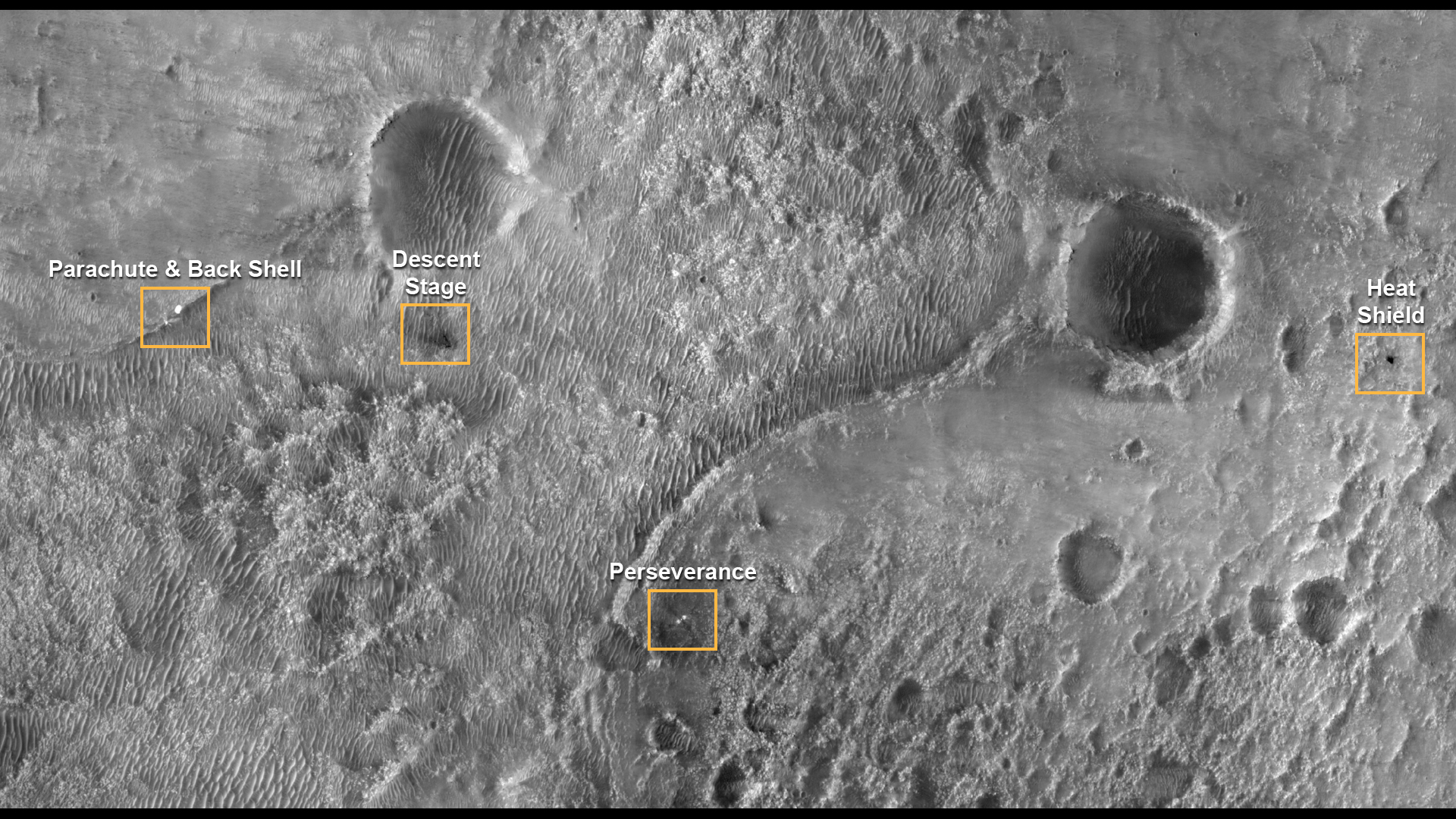 The audio embedded in the video came from the mission control call-outs during entry, descent, and landing. A microphone did not work during the rover's descent upon the surface but was able to capture recordings upon landing on Mars, the recording by NASA's engineers lasting only 60 seconds.

"What you hear there 10 seconds in is an actual wind gust on the surface of Mars picked up by the microphone and sent back to us here on Earth," stated Dave Gruel, lead engineer for the camera and microphone system on Perseverance.

The video clip in high definition lasted three minutes and 25 seconds and showed a red-and-white parachute being deployed with a 21.5-meter-wide canopy. It further showed the heat shield dropping away after protecting Perseverance during its entry into the Martian atmosphere and the rover's touchdown in a cloud of dust in the Jezero Crater just north of the Red Planet's equator.

"This is the first time we've ever been able to capture an event like the landing on Mars," added Michael Watkins, director of NASA's Jet Propulsion Laboratory, which is managing the mission.

"These are really amazing videos," he weighed in, adding that they binge-watched it the entire part of last weekend. 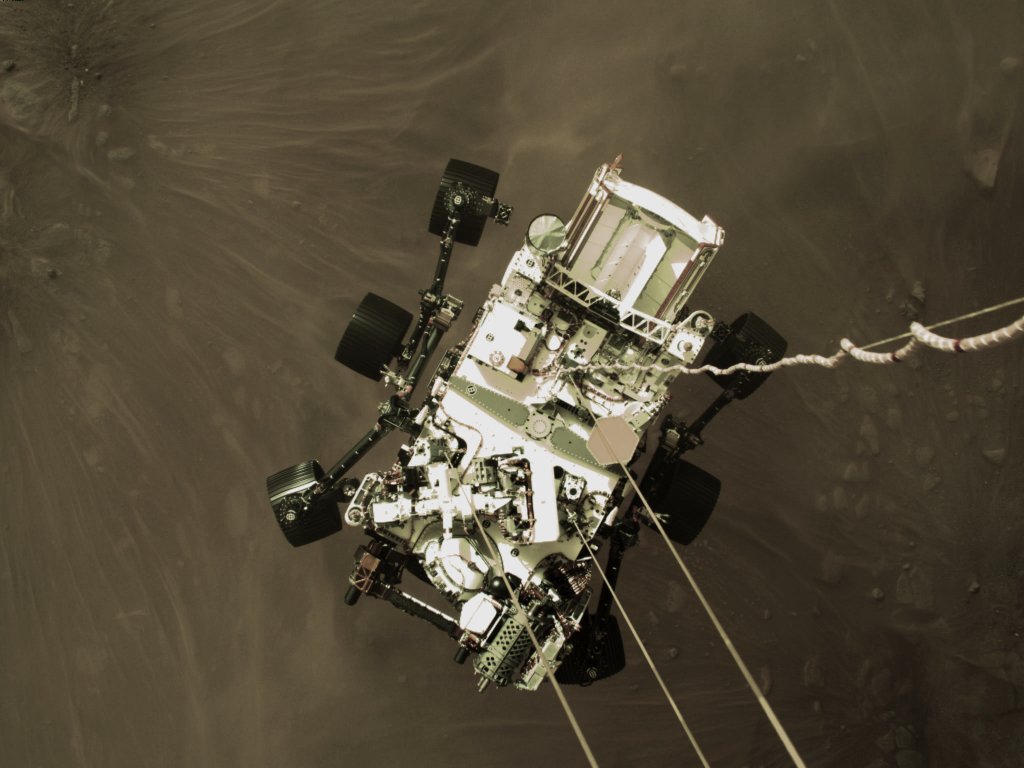 Thomas Zurbuchen, NASA's associate administrator for science, commented on the video of Perseverance's descent as "the closest you can get to landing on Mars without putting on a pressure suit."

Jessica Samuels, Perseverance's surface mission manager, in an update on the status of the rover, stated that it was operating as expected so far and engineers were conducting an intensive check of its systems and instruments.

"I am happy to report that Perseverance is healthy and is continuing with activities as we have been planning them," Samuels said.

She added that the team was preparing for the rover's small helicopter drone dubbed Ingenuity to take flight.

"The team is still evaluating," she said. "We have not locked in a site yet."

Ingenuity will attempt the first powered flight on another planet and will have to achieve lift in an atmosphere that is just one percent the density of Earth's.

Perseverance was launched on July 30, 2020, and landed on the surface of Mars on Thursday, February 18.

Moments after touchdown, Perseverance shared its first black and white images from the Martian surface, one of them showed the rover's shadow cast on the desolate, rocky landing site.

The landing was the most dangerous part of a two-year, Ksh295.8million ($2.7 billion) plan to scan for possible fossilized signs of microbes that may have thrived on Mars some three billion years ago when the fourth planet from the sun was warmer, wetter, and potentially suitable to host living things.

Scientists hope to find biosignatures embedded in samples of ancient sediments that Perseverance is designed to draw from Martian rocks for future analysis back on Earth. They will be the first such specimens ever collected by humankind from another planet.

Two subsequent Mars missions are already in the works to retrieve the samples and return them to NASA in the next decade, in collaboration with the European Space Agency. 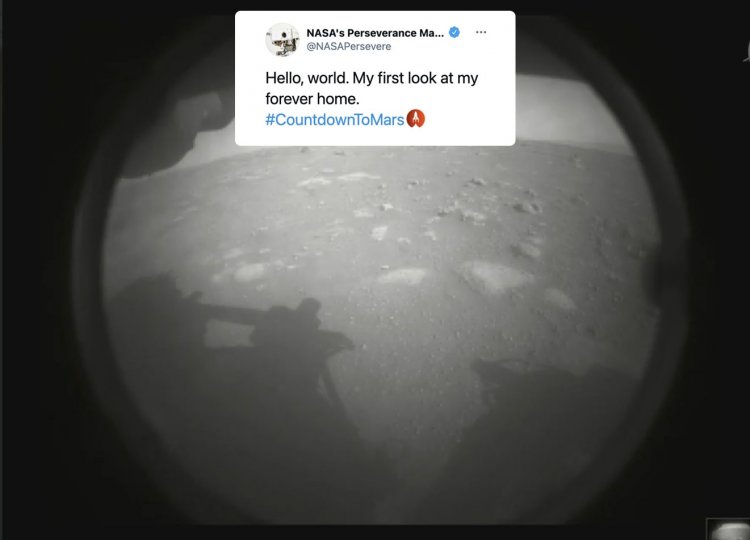