Nema decided to initiate a crackdown to nab those traders caught flouting the plastic bags' ban that was effected in 2017. 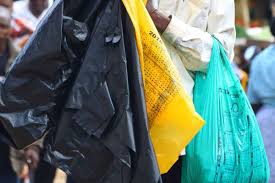 Nema banned the bags three years ago, in order to keep the environment clean. [Photo/ KBC]

National Environmental Management Authority [Nema] nabbed 25 traders in Embakasi, for being in possession of plastic bags.

The crackdown began on Wednesday following a recent publication that the plastic bags had made their way back to the city markets.

According to Nema, the crackdown aims at exposing traders who have resumed their old trends of using polythene to package takeaway foods for their clients.

Among those who have been nabbed so far include grocers, butchery attendants, and sugarcane vendors.

"In Nairobi, we began the exercise yesterday in Embakasi East. Our target was especially the market that is near Embakasi police station," Nema deputy enforcement director Ms. Salome Machua.

Further, Nema will also be arresting any buyers caught with goods packed in plastic bags. The government reached a decision to ban polythene bags in 2017, in an effort to keep the environment clean.

Through a gazette notice, Nema warned that being in possession of the banned bags would attract between Sh2 and Sh4 million fine, or a jail term between one and four years, or to some extend both.

In a recent interview, the Environment CS Keriako Tobiko admitted being aware that the illegal bags had found a way back to the market.

Ladies! 5 Tips to Follow to Make Him Miss You