New Directive On Unvaccinated Kenyans Who Want To Join The Army

Vice Chief of Defence Forces, Lt. Gen. Francis Ogolla, on Tuesday, November 16, announced that those who are not vaccinated will be not be discriminated against. 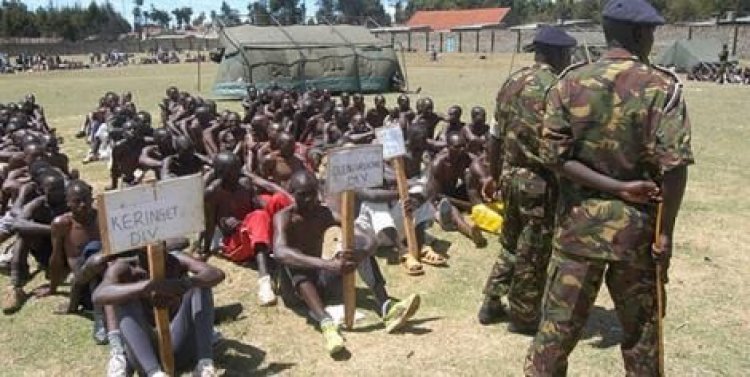 Ogolla added that after successful recruitment, those unvaccinated will have to be vaccinated before being allowed to join the military training schools

This is in line with the Constitution pronouncement that states: "A state officer or a member of the defense forces shall not hold dual citizenship."

On other clarifications regarding the recruitment exercise, the vice KDF chief stated that persons found to have been engaging in the use of unlawful substances, those with medical conditions, those with past tainted records, those that fake their academic credentials, and those that attempt to buy their way into the military will also not be considered.

"Should anyone give a bribe during this exercise, they will have themselves to blame,” he added. The latest recruitment drive seeks to increase the number of female recruits to between 18-20 percent this year, up from 17 percent in January this year and 15 percent in 2015. The exercise will be characterized by intense exercises to identify the best candidates.

“As with all our previous physical exercises, candidates will be required to undergo rigorous physical exercises as well as medical tests,” said Lt Gen Ogolla. The exercise is expected to the run up to November 26. It is currently taking place between 8 am and 6 pm on weekdays at the designated centers.

No BBI, No Election! Say Atwoli