Mudavadi, Wetangula have said that they no longer feel at home with Raila as a political partner and he will only be allowed to join OKA on matters related to ideologies and not personalities 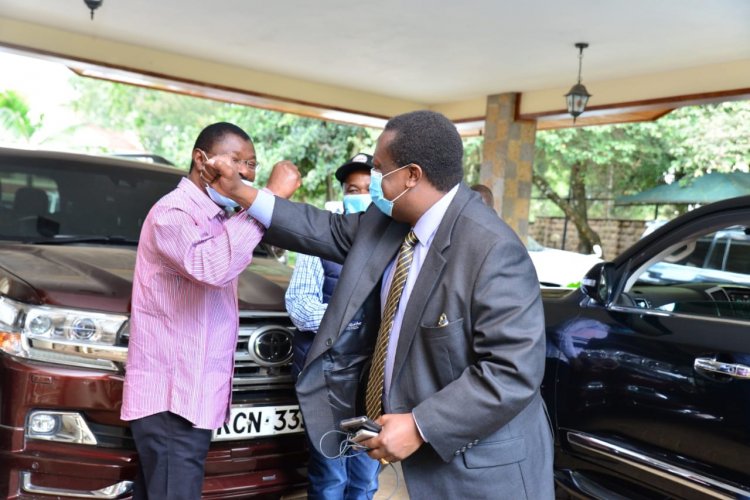 Top old NASA fans have drawn a boundary kicking out the coalition star out of any possible reunion ahead of the 2022 general election.

The duo who have joined the One Kenya Alliance, OKA, ruled Raila out even as the new coalition is welcoming like-minded individuals and other parties.

Mudavadi dismissed chances of him forming another coalition agreement with ODM terming the chances as “very slim”.

He and the other NASA co-principals also insisted that the NASA outfit is practically dead even though portrayed as alive on papers.

“If you create coalitions and then vandalise them and then you come out and say again you want to make another coalition people will start wondering how many of these will you create and again vandalise,” said the ANC leader.

He said that the ODM and NASA’s icon will only be allowed to join OKA “on matters related to ideologies and not personality” maintaining that the door will not be shut to those who are willing to share in OKA’s vision.

“There have been hurdles within NASA. Things have not been very smooth in the recent past—a lot of dishonest approaches within coalition members. Just as an example, the issue of sharing political party’s funds has not been resolved and this raises a lot of questions on the kind of partners you want to engage with going forward,” he said.

Even though the quadrad have always been seen as a happy family, Mudavadi adduced a continuous sabotage from some of the party members which has since created silence in the coalition. 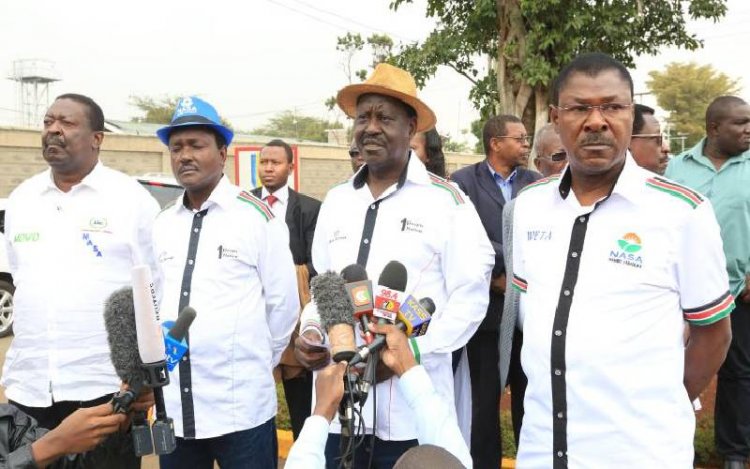 “ODM has since engulfed itself in the big brother syndrome just with an example of how it has used its numbers in Parliament to elbow the other parties out of the parliamentary leadership positions, an aspect that the rest of the NASA affiliate parties say is a clear indication of a brother who doesn’t want to dine with others on the same table,” said Mudavadi.

He added: “The act of political deceit is a pandemic in our political arena and we need to deal with it systematically and quickly. The history around the breach of MoUs has become the norm.”

Wetangula agreeing with his political brother, Mudavadi, said that he does not see a future with OKA and Raila together “having once suffered in the hands of the ruthless actions orchestrated by ODM when he was axed out of the Minority leader position in the Senate”.

“It is absurd to have an agreement that all partners endeavour to nurture for the betterment of the whole nation and its people, just for a few individuals to purport to be the ones who will have their cake and eat it,” said Wetangula adding that they will no longer feel at home with Raila as a political partner.