The four reportedly disappeared mysteriously outside a club in Kitengela, on April 19, 2021 after having had their lunch. 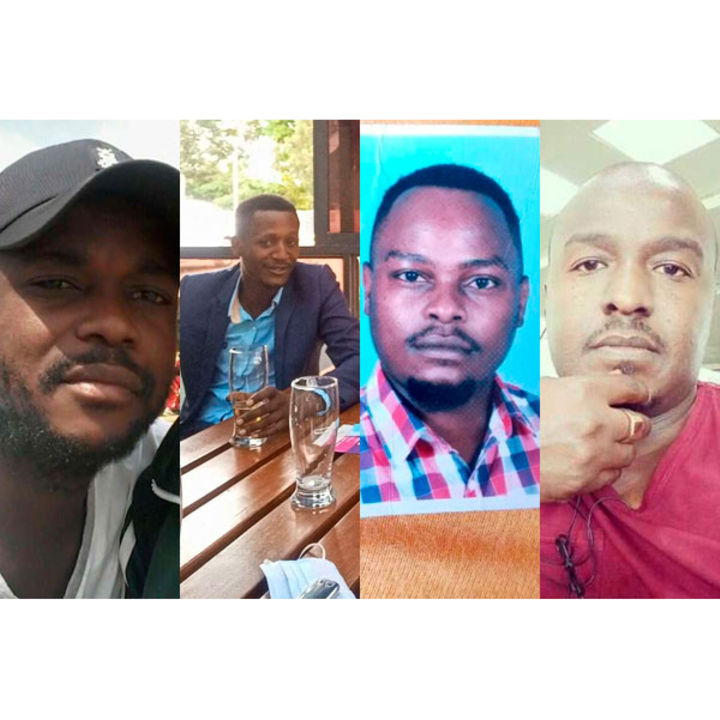 The four who disappeared following an abduction. [Photo/ Nation]

A corpse reportedly belonging to one of four men who went missing almost two weeks ago following an abduction in Kitengela has been found.

Elijah Obuong's lifeless body was discovered at a funeral parlor in Murang'a. According to police sources, the corpse was discovered by sand harvesters on April 20 near Mukungai River, a day after the abduction.

The four reportedly went missing at around lunch hour, on April 19, 2021. Their car was later found less than a Kilometre from where they got abducted.

According to police sources, the four had been part of a gang that terrorized the public, robbing them and even to some extent killing others.

Their disappearance concurred with three of their colleagues who also disappeared the same way last year. The family members of the four have vehemently denied robbery claims about their relatives.

The families have been pushing the law enforcers to ensure that they help in tracing them.

What Kenyans Should Know about Trending Word ‘Twak Makende’

Kenyans on social media have been misusing the word 'Twak Makende' without knowing...

How to Make Your Cooking Gas Last Longer

There are a variety of techniques to make your gas last longer particularly during...