There have been public uproars over how the government could have wasted millions of taxpayers' money to erect the footbridge, only to have them demolished afterward. 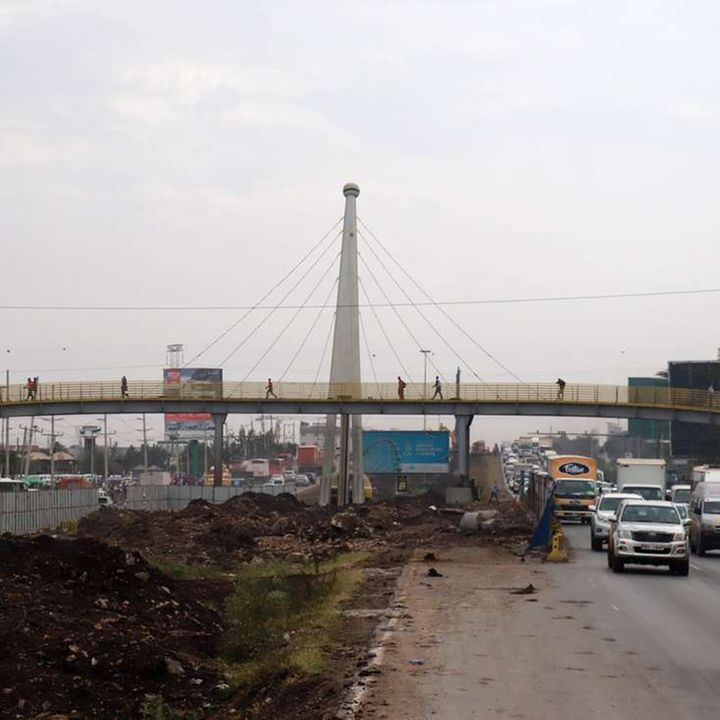 The Kenya National Highways Authority [KeNHA] has revealed that the ongoing expressway construction will spare all footbridges, except the one in GM.

With the upcoming multi-billion expressway, Kenyans have been concerned over what will happen to footbridges along the project's way.

As a result, Kenya National Highways Authority (KeNHA) Director-General Peter Mundinia in a recent interview revealed that all footbridges will not be affected, except for the one in GM, whose construction cost was Sh185 million.

"Most of them are remaining other than the General Motors one...," stated Mr. Peter, adding that the same steel from the GM footbridge can be reconstructed and reinstalled on another location too.

Engineer Peter stated that the decision to save the footbridges was arrived at in an attempt to rescue thousands of users who rely on them on a daily basis.

For others like the Bellevue, the expressway has been designed to pass above the footbridge, thus a plus. Designers stated that the expressway will be three metres above it, thus safe for pedestrians.

Although expected to highly reduce the traffic congestion that has been a menace to motorists, the road will come at a cost with users expected to pay toll charges to use it.

Motorbikes and tuk-tuks will not be allowed to use the expressway, while special category vehicles like ambulances, police, and military vehicles won't be charged to use the road.

Upon completion, the contractor China Roads and Bridges Corporation [CRBC] will be tasked with the project's management for 27 years in order to pay themselves back, before handing over the project to the Kenyan government.

I am not a “Wash Wash” guy; Jalas Affirms