DP’s Ruto confidant Rigathi Gachagua has claimed that Former Council of Governors’ Chairperson Wycliffe Oparanya has been planning to leave his political party for two years. 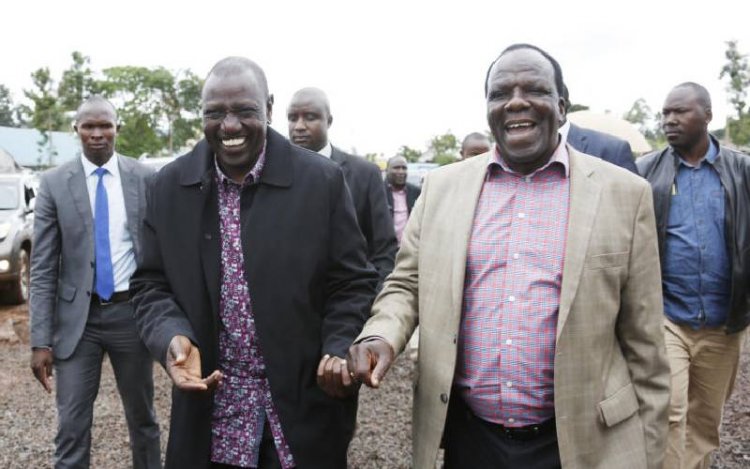 Speaking to the media on 13th April, Gachagua revealed that the ODM Deputy Party Leader has had four serial private meetings with the Deputy President in his preparations to exit from Orange Democratic Party.

Adding, the Mathira MP stated that the Kakamega boss approached Ruto for the first time in 2019 and again in 2020 in quest of joining the hustler nation.

"That meeting between Ruto and Oparanya is the 4th meeting in a row. We have been meeting Oparanya and I have been present in two previous meetings. He approached us in the year 2019 and 2020 wanting to join the hustler nation.

“It is only now that he has agreed. Those meetings were held in private; he didn’t want them publicized but now he is ready and the last meeting was at his request and didn’t mind it being publicized because he is ready to come to us,” Gachagua explained.

Rigathi also dismissed claims that Oparanya is being used to fix the relationship between ODM leader Raila Odinga and DP Ruto.