National Assembly Majority Leader Amos Kimunya said on Wednesday that the Parliament is going to hold a special sitting next week to debate on the BBI Bill 2020 in order to move to the next level. 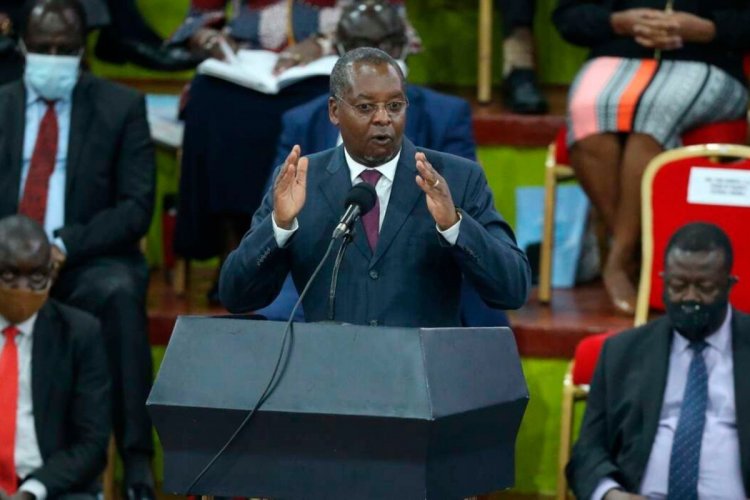 The National Assembly Majority leader Amos Kimunya said the parliament will be holding a special sitting next week in order to discuss the BBI Bill 2020 which is intended to amend the constitution.

Further, Kimunya said the Parliament expects the Independent Electoral and Boundaries Commission (IEBC) to be preparing for referendum logistics saying Kenyans should head to vote for the Constitution Amendment by the month of June latest.

“I’m expecting that before the end of this week they will have completed a report, and once I have that report, I should convene a special sitting even next week so that we can get rid of it,” said Kimunya.

“We have not lost as much time as I have seen alluded to out there. Yes, it would have been desirous for us to finish it before the end of March, but so long as we complete the process within April, we still have the month of May.”

Kimunya further added, “I see no problem why IEBC cannot call a referendum in May or June. Typically, campaign periods are 21 days before an election, even a referendum.”

However, the court had temporarily issued orders to suspend the coming into force of the BBI Bill pending hearing of a case challenging it.

This meaning that, even if the parliament passes the Bill, the President will not be able to sign it to be law until the case before the five-judge bench is heard and determined.

The petition was filed by the Thirdway Alliance lawyer Elius Mutuma who urged the court to suspend the Bill from being assented into law.