A struggle is in the offing between IEBC, the government, and the political class concerning the plans to scrap off the use of technology by the electoral agency during elections. 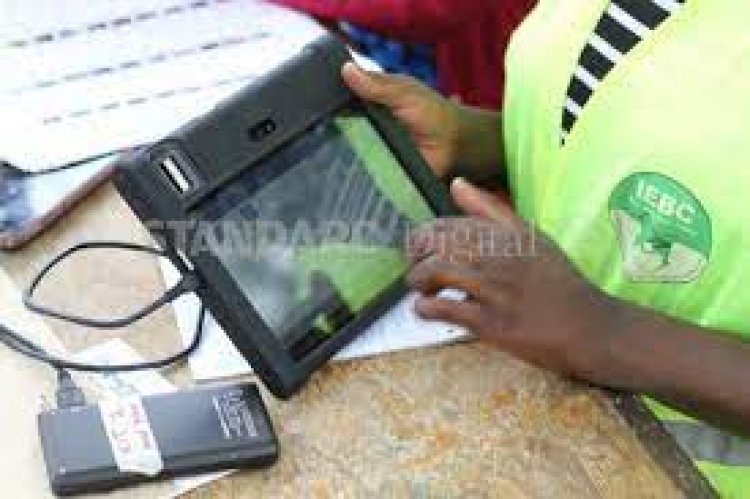 A struggle is in the offing between IEBC, the government, and the political class concerning the plans to scrap off the use of technology by the electoral agency during elections.

Plans are underway to remove the use of the Kenya Integrated Election Management System in the forthcoming referendum as well as the 2022 general elections.

This means that instead of using the digital technology that is the pillar of transparency and integrity in elections, a manual system would be used instead.

Top government officers have been engaged in meetings to deliberate on the same noting that there is a possibility that the use of the said technology may lead to an increase in the number of Covid-19 infections.

Reports indicate that the agenda regarding the use of technology by IEBC will be brought before the National Security Committee whose chair is the President for more deliberations.

It is further stated that the state will capitalize on the Election Laws of 2016 that permits the Independent Electoral and Boundaries Commission to revert to a complementary system for electoral processes if technology fails.

However, in as much as some legislators have refuted such claims terming them as propaganda, they acknowledge the important role the Kiems play in cultivating transparency via electronic identification and the transmission of results.

The system mainly identifies the voters using biometric technology whose use in the election in Kenya was meant to curb impersonation such that only registered voters were allowed to vote.

Besides, the Kiems allowed electoral officers to transmit tallied results to the national, county, as well as constituency levels and eventually at the national tallying centers.

But some leaders warned that scrapping the use of technology by IEBC due to a public health concern and the prevention of Covid-19 spread is borders on the rigging of both the referendum as the 2022 general elections.

Dr. Richard Ayah who is a member of the Covid-19 deployment task force and a public health expert from the University of Nairobi added his weight on this by noting that the biggest threat is not in the transmission of the virus physically, but the physical social distance is the biggest problem.