In the several by-elections conducted today, Matungu Constituency in Kakamega County and London ward in Nakuru County witnessed the most chaos. 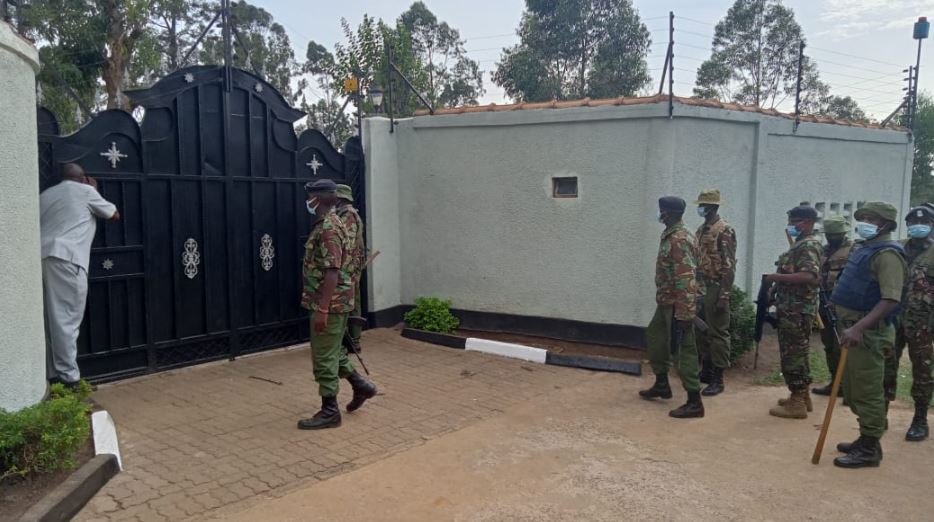 Officers outside Echesa's home in Mumias. [Photo? The Standard]

Politicians allied to the United Democratic Alliance (UDA) today in the morning arrived at Bulonga poling station demanding to know why their agents were being barred from overseeing the voting.

Under the stewardship of Deputy President's ally ex-CS Rashid Echesa, the team was not happy with how their party representatives were being handled.

An altercation then occurred between Echesa and the IEBC official, which ended up with the DP's ally slapping the official. Immediately Echesa escaped, with police now having initiated efforts to trace and arrest him.

Speaking over the assault incident, Independent Electoral and Boundaries' Commission (IEBC) Chair Wafula Chebukati condemned the incident, adding that the culprit must be brought to book.

Echesa is reportedly still at large.

UDA Crafts Strategy to Register More Voters in Its Strongholds

Nakuru Has Officially Been Made A City

Joining Nairobi, Mombasa and Kisumu Nakuru has become the 4th city in Kenya.