The Political Parties Disputes Tribunal has issued a temporary injunction barring the Democratic Party and its party leader Justin Muturi from promoting their coalition with the Kenya Kwanza alliance. 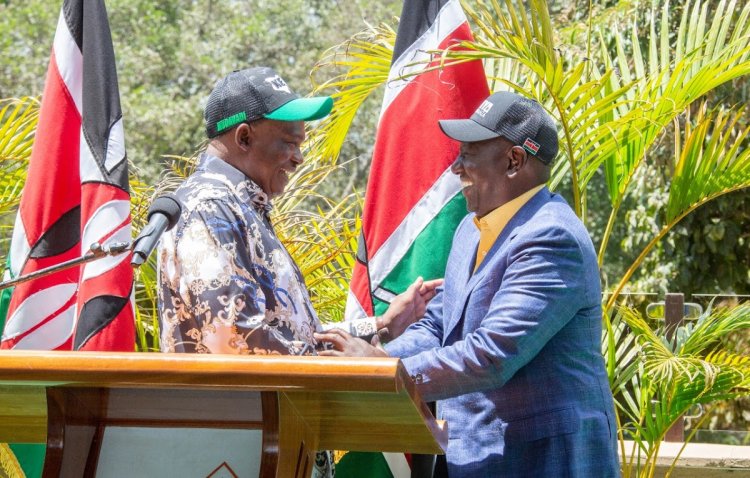 “A temporary injunction restraining the respondents from further discussing, ratifying, perpetuating, or in any other way promoting the purported coalition agreement with the 3rd interested party. “The Tribunal said in its ruling.

The tribunal further barred the Registrar of Political Parties from registering any documents deemed as coalition agreements comprising the Democratic Party as one of the signatories.

The orders are valid until Friday, May 20 when the Tribunal shall give a final ruling on the matter.

Wambugu Nyamu, Daniel Munene, and Kingori Choto, of the Democratic Party filed a petition with the tribunal after the party leader Muturi and other officials signed a deal with Kenya Kwanza on April 9. The three members claimed that the officials had violated the party’s resolutions made during a National Delegates Conference (NDC) on February 20.

According to the members, the party had resolved not to form coalitions until after the elections had been held on August 9.

The petitioners are seeking to have the coalition agreement declared unlawful, as they had gone against the authority of the NDC which retains the powers to bind the party to such agreements.

The trio is also seeking to have Muturi ousted as DP’s party leader.