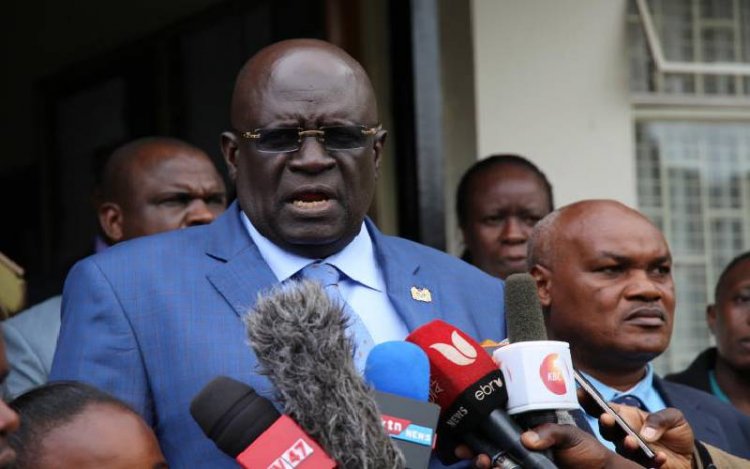 While addressing the press over the recent cases on cheating during KCSE, the CS revealed that some schools in the western province have the tendency of hiring experts to sit for the exams on behalf of the candidates.

“Let this serve as a warning to that Principal, he should actually be ashamed of himself. It is a very good school, the children have always done well and there is no reason why he tried to do that type of thing,” Magoha said.

The CS further said schools known for cheating allegations are being monitored closely by the education officials and dire consequences will be taken against school heads involved.

“I wish to warn that some centers have been flagged after KNEC received reports of their plans to cheat. It should be known that 30 such centers countrywide are under our careful watch over their plans to engage in malpractices,” he added.

The man Geoffrey Rono impersonated candidate Cleophas Kavulavu at Ndurio Secondary school which is against the exam regulations.

Confirming the incident, Nandi Deputy Commissioner John Tanui said, “He was arrested while preparing for another exam and we had to wait for him to send for his ID Card from home. That was when we noted he was impersonating a candidate.”