President Uhuru Kenyatta declared four vacancies in the Electoral Commission to replace the commissioners who resigned almost three years ago. 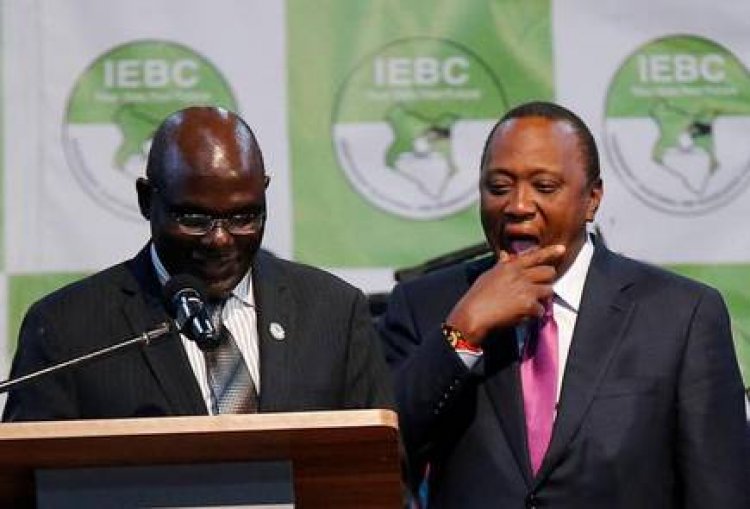 The Head of State announced the vacancies to the positions three years later since the four commissioners resigned.

"In exercise of powers conferred in me by Section 7A of the Independent Electoral and Boundaries Commission (IEBC) Act 2011, I, Uhuru Kenyatta declare vacancies in the positions of four members of the IEBC," Uhuru announced in a special gazette notice dated April 14.

Commissioners Paul Kurgat, Consolata Maina, and Margaret Mwachanya resigned in 2018 but it was not formally recognized since the President did not acknowledge receiving their official recognition.

The law requires, President Kenyatta was supposed to announce a vacancy at the commission within seven days of receiving the commissioners’ resignation but at the time State spokesperson Manoah Esipisu noted that the President had not received any resignation letters.

IEBC was forced to work with only three commissioners in making major decisions in a move which Chairman Chebukati blamed the Parliament for failing to put in place laws to facilitate the replacement of the commissioners.

ANC Threatens To Sue ODM Over Sharing Of NASA Cash