Prestigious But Costly, Financial Burden Expressway Will Mean to Taxpayers

Although costly, once completed the expressway is set to highly reduce the traffic menace that has for years been a headache for road users especially between Mombasa Road and City centre. 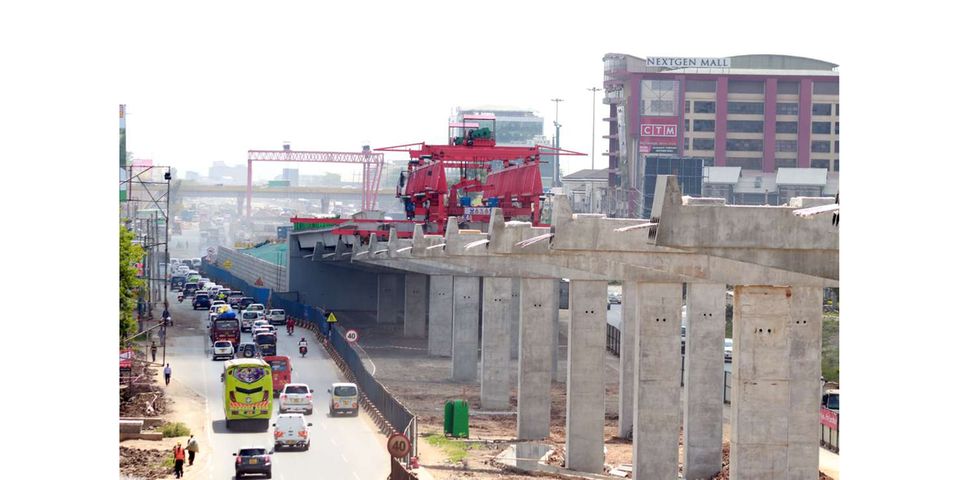 A glance at the expressway section currently under construction. [Photo/ Nation]

It might be a double sting financially for Kenyan taxpayers required to give billions to have utilities relocated to pave way for the Sh59 billion Nairobi expressway.

As if that's not enough, Kenyans will be charged for close to three decades in order to use the same expressway. Close sources indicate that the National Treasury has put aside Sh5.4 billion in the mini-budget before the house, as allocation for the expressway.

The said allocation has raised eyebrows over double taxation since Kenyans will also be charged to use the road once it's completed and declared functional.

However, the Treasury CS Ukur Yatani defended the Sh5.4 billion allocation, saying the amount will compensate those affected by the project and relocate other installations like electricity.

"...There are a number of people who will be displaced along the way. So the money is the cost of relocation of utilities and some degree of compensation...," CS Yatani stated.

Yatani added that the contractor is the one fully funding the project, and that was just but a contribution by the government towards the success of the entire project.

Starting at African Inland Church in Mlolongo, the 27.1 Kilometre stretch will run through the Central Business District and divert at James Gichuru Road in Westlands.

On average, it will cost about Sh2.1 billion per Kilometre, putting the project as the most expensive the nation has ever had.

It will be a four-lane and six-lane dual carriageway, with 10 interchanges. Upon completion, it will join the Jomo Kenyatta International Airport with James Gichuru Road in Westlands, with users coughing out about Sh100 to Sh1,500 as toll charges depending on the vehicle.

The contractor, Chinese Roads and Bridges Corporation [CRBC] will manage the project for 27 years after its launch, in efforts to pay themselves back for the cost used.

Launched in October 2019, the contractor revealed that by December 2020, already 15% of the construction had been completed, with the entire project set to be finished by June 2022.