Two people have lost their lives and several others nursing injuries during a United Democratic Alliance (UDA) rally held in Bonchari on Monday. 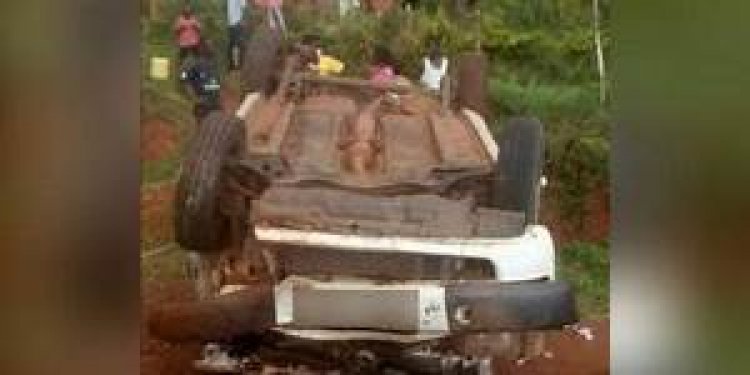 According to reports released by the police, a Toyota probox rammed into a vehicle that was part of the convoy carrying the UDA Bonchari candidate Teresa Oyioka.

Passengers in the Probox a man and a woman succumbed to the injuries as they were being rushed to Kisii Teaching and Referral Hospital.

Witnesses said the probox was overtaking the convoy which was on the campaign trail and therefore causing the accident. However, South Mugirango MP Sylvanus Osoro confirmed that the UDA candidate was safe.

The parliamentary by-election which is scheduled for Tuesday, May 18th has attracted more than 13 candidates.

Former EPRA boss Parvel Oimeke recently from the Authority to join the race for Bonchari parliamentary seat through the ODM ticket.

"I Pavel Robert Oimeke, would like to announce my resignation from the position of director-general at the Energy and Petroleum Regulatory and Authority," he stated in a letter he sent to the Energy Cabinet Secretary Charles Keter.

“Raila should Step Aside as Kalonzo is ready to work with...