Kylian Mbappe became the youngest player to score 100 goals in Ligue1 after scoring twice to help PSG secure a win against Lyon. 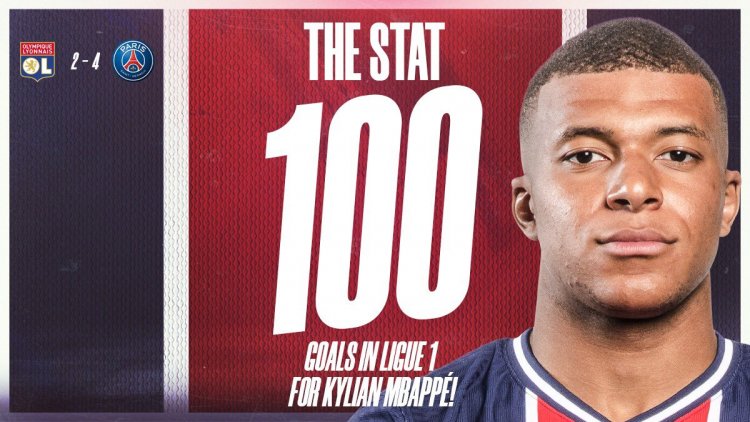 Kylian Mbappe became the youngest player to score 100 goals in Ligue 1 when he scored twice to help Paris St German secure a 4-2 win at Olympique Lyonnais. The 22-year-old France striker scored with Angel Di Maria and Danilo Pereira also getting on the scoreboard to put PSG on 63 points from 30 games.

Lyon managed to pull two goals through Islam Slimani and Maxwell Cornet and are third on 60 points,one point ahead of fourth-placed Monaco.

Mbappe put the visitors in front when he fired home from an angle after Marco Verratti`s fierce strike and Pereira doubled the advantage 17 minutes later. Di Maria added another goal two minutes into the second half with a free-kick before Mbappe played through by Verratti, slotted the ball past Lopes after outrunning Marcello in the 52nd minute.

Mbappe has become the youngest player to reach the 100-goal milestone with 84 league goals for PSG and 16 for Monaco. In a statement, Mbappe stated that after scoring the fourth goal the first thing he thought was about the fifth goal and added that this record is an important milestone in his career but he is young and can still improve.

President Kenyatta in Dodoma For the Fallen Magufuli's Farewell Ceremony

BREAKING: England Charged by UEFA over a Fan who shone...

Five clubs who could sign Ronaldo if he quits Man Utd