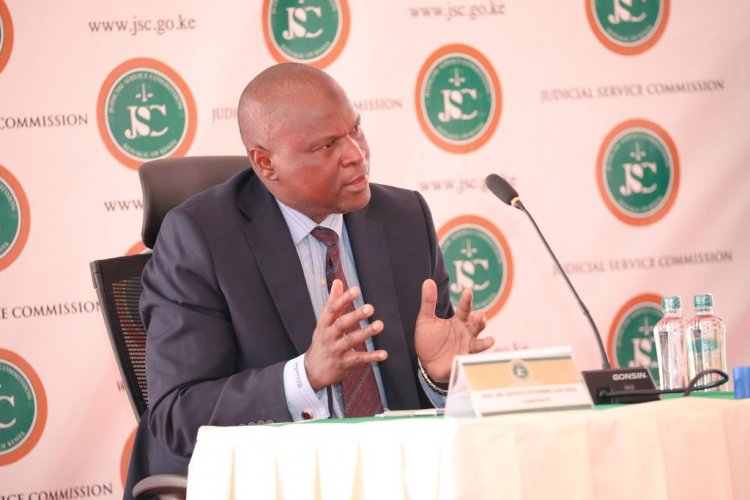 In the interviewing panel, there is Deputy CJ Philomena Mwilu who has been holding the Chief Justice’s office in an acting capacity since January, JSC Vice-Chair Olive Mugenda, and Justice Mohamed Abdullahi Warsame among others.

“If I’m appointed, I will build on what others have done with the sole purpose of improving the institution so that it can be what it is supposed to be, as per its vision and mission,” said Justice Chitembwe.

However, conflicts of interest had played earlier after applicant Philip Murgor wrote a letter to the JSC requesting Justice Mwilu to be barred from the interviewing panel arguing that she could be biased to another applicant Fred Ngatia.

Mr. Murgar said the two had an advocate-client relationship and their history may trigger bias during the interviews.

As a measure to contain the Covid-19, the interviews are being conducted outside in order to observe the Ministry of Health preventive measures.

KCPE Results To Be Released Early Next Week