Former Prime Minister Raila Odinga has urged the MPs not to criminalize the Deputy President’s “Hustler vs. Dynasties” slogan through the new bill. 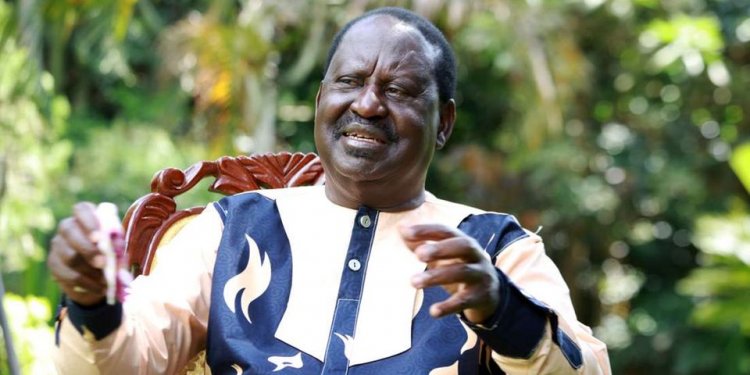 Raila says he learned that the parliament security committee was planning to pass a bill criminalizing the slogan “hustler vs. dynasties” by imposing hefty fines, jail times, and even removal from office for the leaders propagating it.

” I would strongly appeal to members of parliament to drop any attempts to legislate against this otherwise deadly slogan. As a country, we fought for and should respect free speech and association. We should be able to allow the Deputy President and his team to continue with their chosen slogan without any inhibitions,” stated Raila.

However, Raila warned that the slogan was dangerous to the social fabric of the country, therefore, urging those who understand its dangers to educate the other Kenyans.

Raila added, “As I have explained on several occasions, the “hustlers’ vs. dynasties” is a dangerous slogan. It is scary in its similarity to Adolf Hitler’s National Socialism, most often referred to as Nazism, the ideology of the Nazi Party, which ruled Nazi Germany from 1933 to 1945. These ideologies caused a great deal of trauma to Germany and the world. They ended in the Holocaust. I fear the “hustlers’ vs. dynasties” narrative will have the same deadly consequences for Kenya as Nazism did for Germany,” he added.

The Deputy President has been using the slogan “Hustlers” meaning the low-class Kenyans to popularize himself to the people ahead of the 2022 presidential elections.