Raila Rubbishes Allegations Over Attempts To Use BBI To Grab Presidency

There have been claims that Raila was supporting BBI since he knows that he will easily use it as a vehicle to the statehouse come 2022. 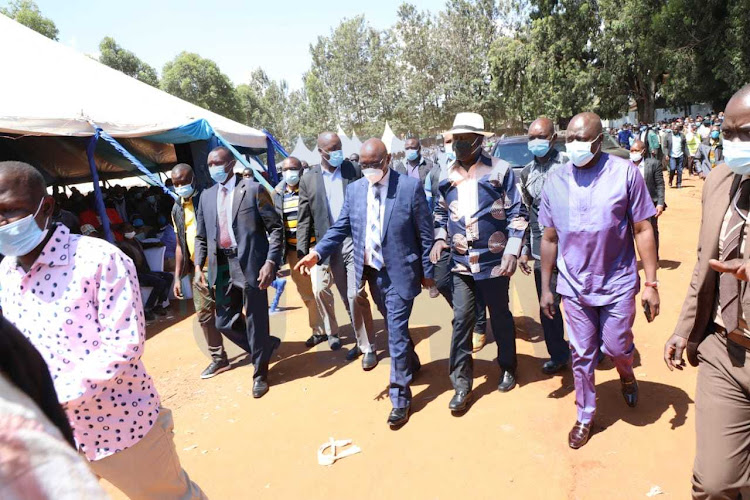 The Orange Democratic Movement (ODM) party leader on Friday stated that Building Bridges Initiative (BBI) had no influence over him succeeding President Kenyatta as many allege.

The ODM principal insisted that his March 2018 Handshake with President Kenyatta aimed at addressing various issues that were affecting Kenya as a nation.

Raila stated that when time fall due, Kenyans will be free to elect a leader whom they prefer. The ex-Opposition leader was addressing mourners at Bonchari MP John Oroo's send-off in Kisii County.

The late Oroo passed away mid-February while undergoing medication at the Aga Khan hospital Kisumu branch. The BBI recently received massive support from various counties, paving a way for its tabling before the parliament.

Plans are also in place to have the bill's popularization campaigns nationwide, with a referendum expected around June this year.

President Kenyatta together with Raila Odinga are reportedly the brains behind the BBI Bill, which aims at cultivating unity among Kenyans and avoiding post-election violence that must occur after every general election.