Allies of Deputy President William Ruto have downplayed the possibility of an alliance between their leader and the Orange Democratic Movement (ODM) leader Raila Odinga. According to Bahati member of parliament Kimani Ngunjiri, the word in the streets about the alleged alliance is a mirage. 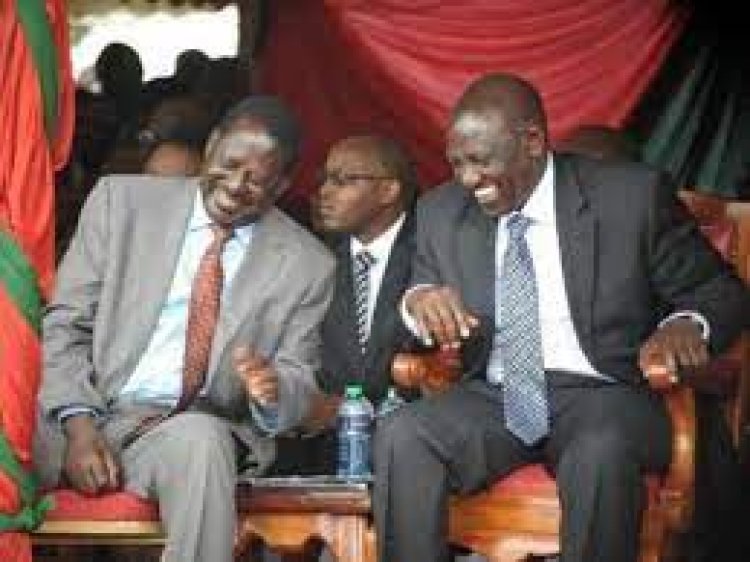 Allies of Deputy President William Ruto have downplayed the possibility of an alliance between their leader and the Orange Democratic Movement (ODM) leader Raila Odinga. According to Bahati member of parliament Kimani Ngunjiri, the word in the streets about the alleged alliance is a mirage.

He likened an alliance between Dr. William Ruto and Raila Odinga to a marriage that has all indications of failure thus putting the children at risk due to a failed marriage.

As the ODM deputy leader, it was not clear whether the agenda was to leave ODM to the Tangatanga alliance or fashioning an alliance between the two, Dr. William Ruto and Raila Odinga.

Mr. Oparanya on Friday admitted to the fact that Mr. Odinga was aware of his meeting with Ruto in Maasai Mara which now casts aspersions on the relationship between Mr. Odinga and President Kenyatta.

Lately, the ODM party has embraced the aspect of an engagement with Dr. Ruto with members noting that it may not be a bad thing if it will even scores and avenge on their behalf. On the other hand, those allied with the DP seem cozy with the fact only that they may lose the Mount Kenya support.

Details of Motorist Who Abandoned A car on Naivasha Road...