According to witnesses, were it not for the rail that stopped the trailer, the situation would have been deadlier. 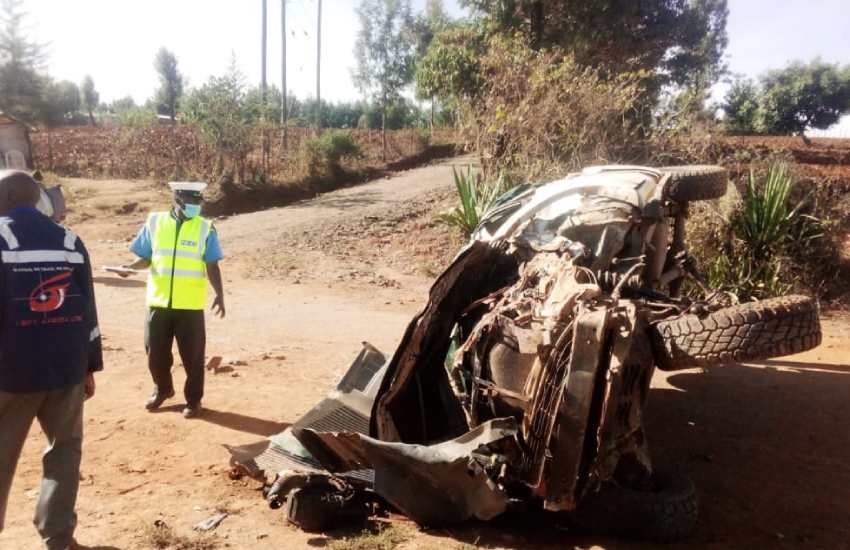 A wreckage lays at the accident scene. [Photo/ The Standard]

One person reportedly lost his life while three others suffered serious injuries following a road accident that occurred at Sachang'wan along Nakuru to Eldoret highway.

The accident involved a trailer, pick-up, and a car. The trailer's brakes failed before ramming onto a private car having four occupants.

Further, it hit a pick-up belonging to the United Nations, which by then had two passengers. The trailer's driver died instantly, while one car occupant and the two pick-up occupants sustained injuries.

Police Respond To A Clip Of A Woman Yelling For Help Inside...

Drama in Kitui as Court Vindicates ex-priest of attempted...