Despite him coming from a poor background, Kipkurui defied all odds to become the seventh-best KCPE candidate nationwide. 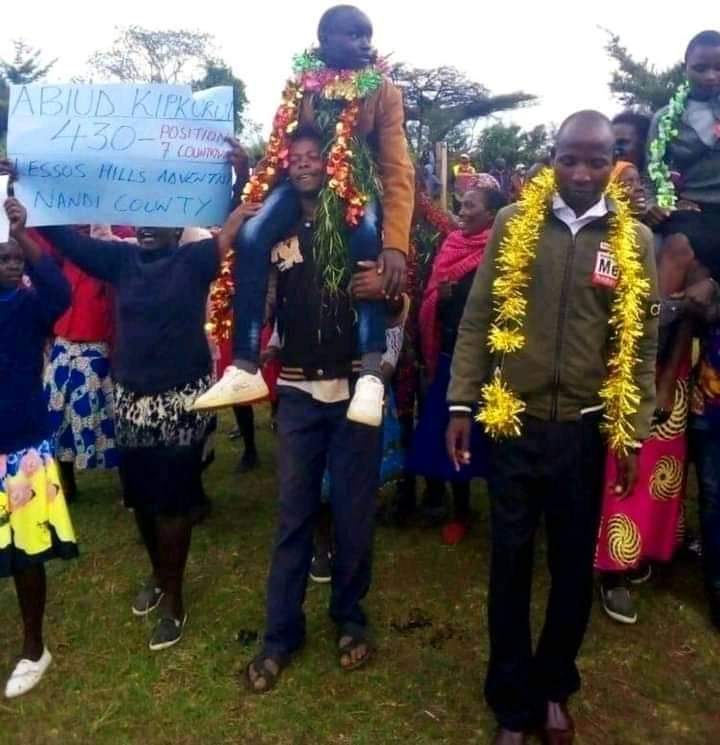 Celebrations on Thursday marred Mzee Samuel Sambu's homestead. This is after emerging that his son Abiud Kipkurui had managed position seven nationwide for the Kenya Certificate of Primary Exams (KCPE).

However, inside Mr. Sambu's physical smile was a disturbed man. This is upon learning that fees payment awaited him for his son who had scored 430 marks out of the examinable 500.

On knowing that the media team was on its way to his home, Mr. Sambu had to borrow a coat for the televised interview.

"I have nothing, totally nothing. The way you see today, I had to borrow this coat when I heard the press was coming to my home for this interview...," stated Sambu urging the government to come to his son's rescue.

Although Kipkurui may have performed excellently, his family is afraid that he may have to miss out on the chance of joining secondary school.

This is given the wanting situation for Kipkurui's family. The family has no known source of income since Mr. Sambu who is the father is jobless.

To ensure that his son's dream doesn't die, Sambu has decided to approach well-wishers who may be of help to his son's education.

Officer on Spot Over Woman's Alleged Rape Inside Police Station, Following Her Arrest...