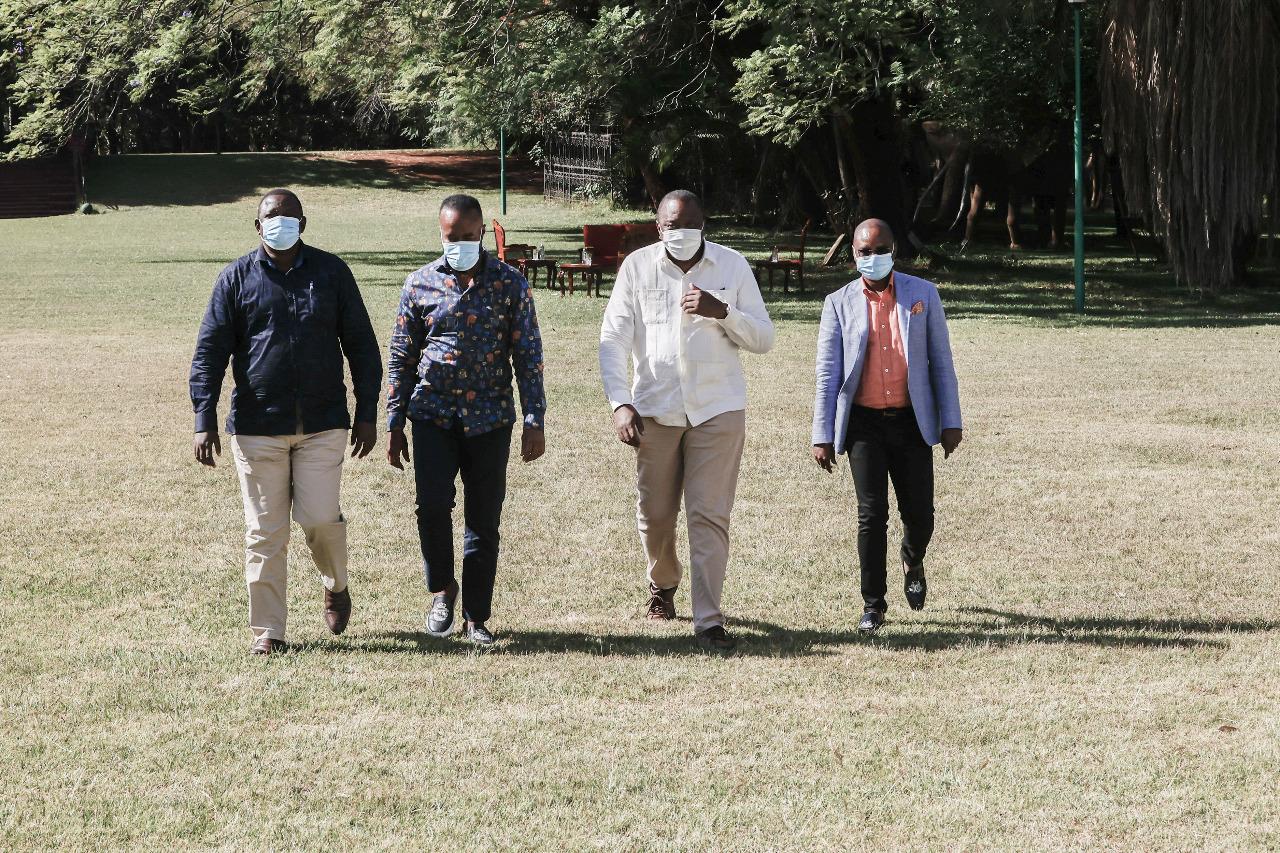 Speaking after the meeting, Mombasa governor Ali Hassan Joho said the regional meeting discussed more development although he did not disclose more details about what was discussed.

“Together with my Kwale and Kilifi counterparts we had a productive meeting with HE Uhuru Kenyatta at the State House,” posted Joho.

DP Ruto on his end met with Malindi MP Aisha Jumwa, Mwashetani of Lunga Lunga, Oen Baya of Kilifi North, Lamu Senator Loitiptip, and Feisal Bedi of Msambweni among others.

Reports indicate that the meeting discussed the ways to strengthen the Hustler Movement in the region.