Most fans were forced to believe that Nyota could be expectant, following a photo that exposed her bulged tummy. 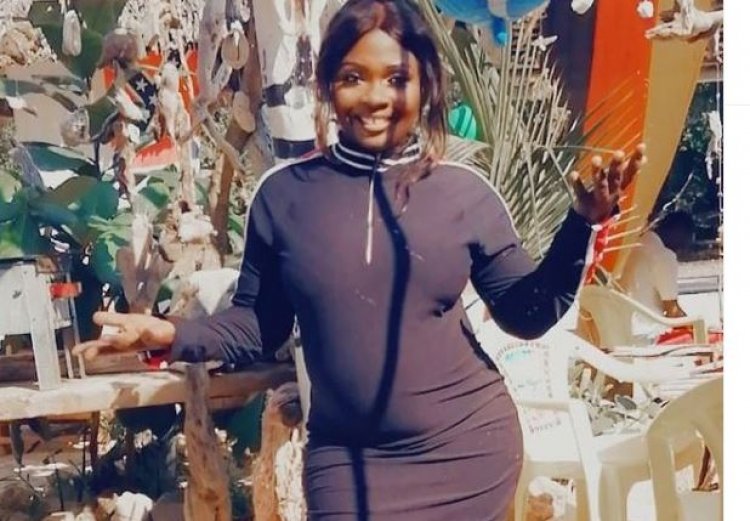 The rumors sprung after Nyota posted a photo with her Danish bae Henning Nielsen. In the photo, the singer wore a tight dress that bulged her stomach, raising speculations that she could be expecting a child.

The photo soon went viral with her fans flooding the comment section with congratulatory messages, with others seeking clarification whether Nyota was indeed expectant.

"MashAllah. Kitoto cha kizungu chaja (Praise to the Most High, a foreigner is coming home," commented one of the fans. However, Nyota Ndogo has now stood up to clear the speculation.

Through a recent interview, she revealed that her stomach at times bulges just like any woman's tummy can. The singer insisted that she was not expecting a child as many thought.

She is a proud mother of a son aged 16, and a daughter aged 9, as a result of her failed past relationship. The singer further opened up on her failed several attempts to carry a baby with Henning Nielsen, after several fans accused her of not having a baby of him.

She stated how she has visited several gynecologists without success. She wondered why it was taking time to get a baby with Henning Nielsen, yet medics had assured them that everyone was very okay.

Erick Omondi Has Posted His Expectant Side Chick, "checkout...

Size 8 Advised to Hide Her Personal Life Under Curtains...

The Irony of Vintage Wear

Shock! as Ministry of Health Gives The Following Directives

In the fight against deadly Corona virus, the ministry of health led by cabinet...