Bright Kenya News has received reports that a lady by the name of Tabitha Mutemi, who is a full time employee of IEBC Kenya, is also an employee of the Media Council of Kenya.

Its noted that She is currently recieving two salaries on  a monthly basis which should not be the case. Mr. Joseph Kinyua had previouslly advised the Government on a letter that no one should be employed by the Government if already he or she is an employee of the same government. Its reported that Tabitha Mutemi refused to resign from her first Job.

Many people have been surprised with the news especially from the failure of the lady to abandon one job even after being asked by the PS for ICT in Kenya.

Attached is the letter. 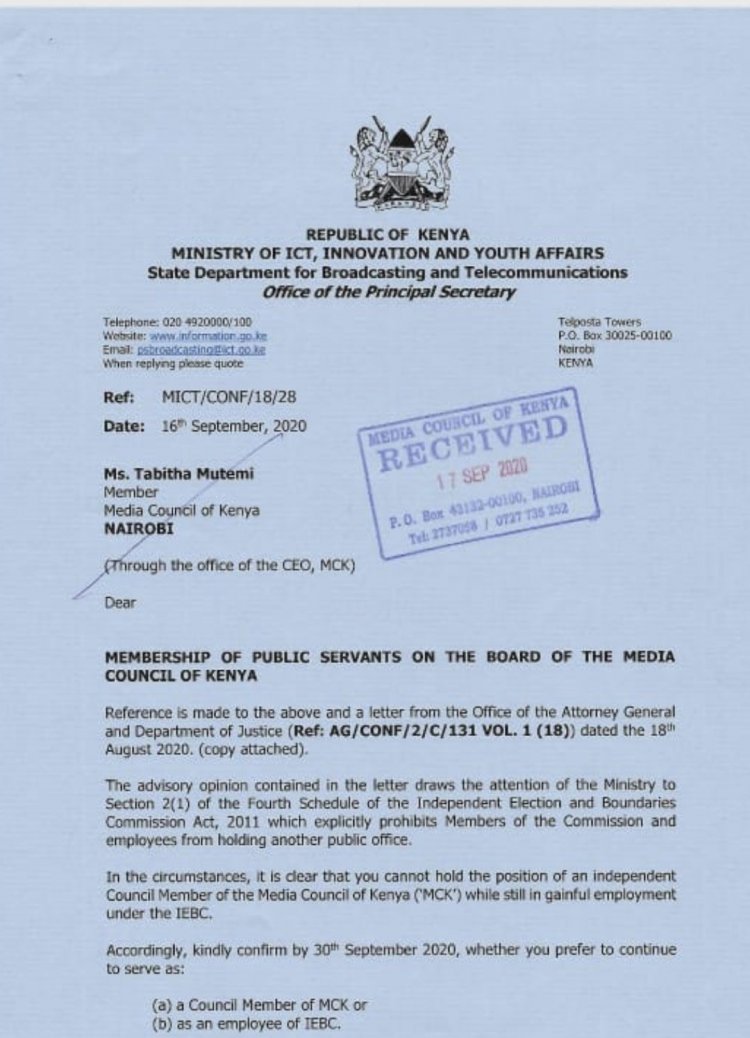 Many Kenyans Have lamented about the issue on twitter. Have a look.

3 Take Away From Raila’s Live Interview with Kalenjin Radio...

How to Make Your Cooking Gas Last Longer

There are a variety of techniques to make your gas last longer particularly during...