Driven by passion and sacrifice, Atieno has created herself a platform that nobody else saw coming. She has become the light of her village. 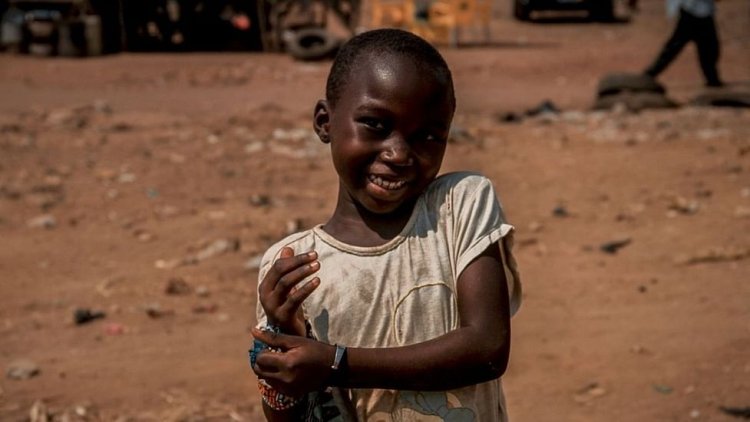 She was a young beautiful girl, very hard working, impressively intelligent, and very humbled. No job was odd for her as survival was a must. With her dirty, torn clothes, Atieno avoided even her age mates for she felt out of place. None wanted to be close to her. They had been told of the deadly disease that her parents died of and they were warned that whoever got close to her would eventually die too. She was used to an isolated life to a point of being friends with her duties and hard work. Did she have an option nonetheless?

Atieno lived with her grandparents in a tiny grass thatched house with not much to fancy about. Her grandmother, Mauno, must have been a beautiful lady during her youth. Such flawless, soft skin blended with grey hair and a toothless, sweet smile to complete her looks. Even though old age and frustrations had snatched life off her, she never hesitated to smile at darkness as she was blind. Her back bore the results of hard work so she could hardly walk. Despite everything, her admirable  shape was nothing close to joke with but to envy

Her grandfather was a once Boy, working in the Whites' large farms at Lumbwa, recently known as Delamere.  He was such an admirable honest man, who used to work so hard during his time as he had a large family to feed. One evening as he was going around the large plantation to keep an eye on any perpetrator, the horse had missed a step while running, sending Lukaku flying up in the air and falling so hard on the ground with his side first. That's how his right hip bone had dislocated and his rib broken. With totally nothing, Lukaku had been sent on compulsory retirement, eleven years away from his actual year of retirement. He was of no use to the White man no more.

With five people to take care of, Atieno could do just any kind of job. Her other sibling were too young to help. You could find her plowing other people's piece of shamba just so she could get something to take home. School was nothing to go by. She could make charcoal and take it to the nearby market, sell or exchange with food products. Her day began as early as 5 am and ended at 10 or 11 pm. Her first chore was to take the cows and goats to the grazing field as she comes back with five jerricans of water for the day's use, four on the donkey and one on her head. She would then head to milk the cow, take the milk to the nearby shop and use the rest to prepare themselves tea with ondelo. Atieno ensured that her siblings were sent to school to learn and she also saved towards the same.

As the late Oliver Mtukudzi's Todii sing would go, what shall we do? Atieno's father was the first to pass on among her parents when she was just five years old. Her sister was two years by then. Nobody knew what the young man had died of. They only knew that he had grown so thin that one could identify every bone on his body. That strange sickness had drained him of strength and he spent months on his sickbed until he had died. In a family of nine siblings, he was the last one standing but then he fell too. The villagers went around whispering of how taboo was finishing them with each coming day

Magdalina, Atieno's mother passed on eight months later, leaving a one-month-old baby. Everybody sympathized with the baby. She was too young to face life alone without a mother. Again, the gossip fire lit up and they said it was Chira. Citing that she had publicly declined to be inherited by any of the village men who had approached her. That was just a thought as nobody was so sure. She too grew as thin as a needle, her eyes sunk in their sockets and she had a whopping cough that made her spit blood.  She had been buried the following day for fear of widespread disease. She had been thrown into her grave like a sack of potatoes and no prayers had been offered. Mzee Lukaku's home became a place people pointed with their mouths. His home had sunken. It was sad to hear, just as it was sad to witness Magdalina's burial.

Thirty-two years later, the girl whom nobody wanted to associate with has become so wealthy and has started her law firm. She also advocates for the right treatment of HIV/AIDS victims to change people's perspective of hiding behind traditional beliefs such as Chira.

In her thirst to learn, Atieno had met a good Samaritan who educated her up to the University level. Despite being the eldest in her class, her age and size never discouraged her from working hard and being top of her class. That's how Atieno's life took a new twist. Atieno Nyarthurwa  currently stands on different international podiums to educate millions on the effects of HIV/AIDS and to challenge the African traditional  beliefs

Age Is Just A Number; Meet The Youngest Entrepreneurs

The Village Wife's Letter In The City