Manchester United had a victorious win after putting nine goals past the Southampton team at Old Trafford.United scored four goals in the first half for the second time this season also doing so to Leeds. 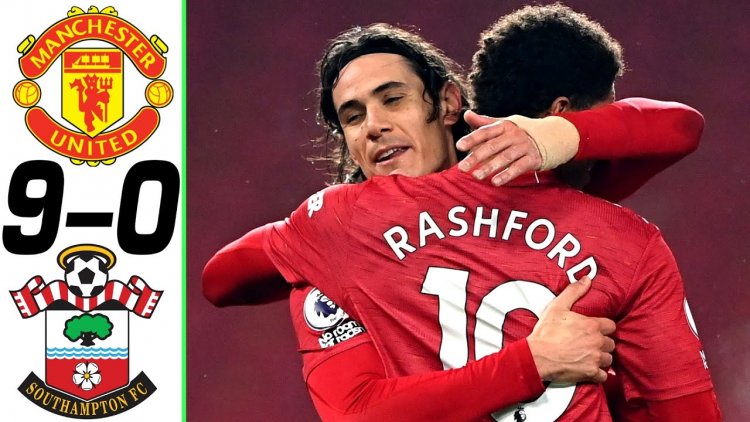 Manchester United have won home and away against Southampton in a league season for the first time since their last title winning campaign in 2012-2013.A red card for Saints Alexandre Jankewitz after only two minutes triggered a complete collapse for the visitors.

Aaron wan-Bissaka opened the scoring with his first goal at Old Trafford.Marcus Rashford and Edison Cavani also scored amazing goals and an own goal from Jan Bednarek before the break. 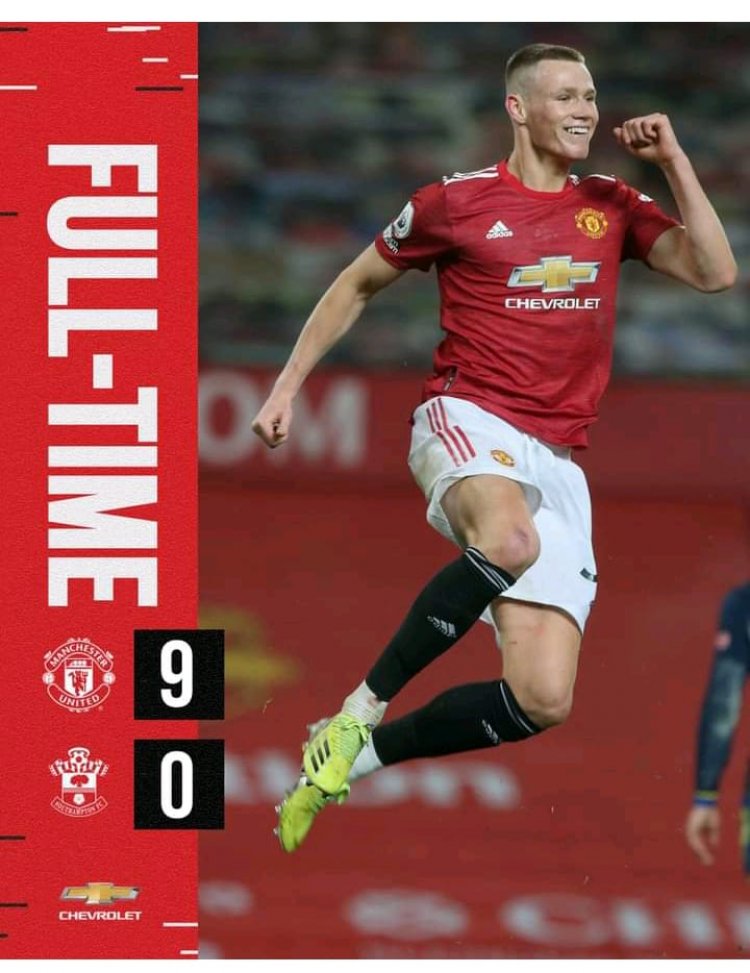 At the start of the second half united went head on fierce full of energy scoring 5 times in the final 21 minutes.Anthony Martial ended an eight-match goal drought before Scott Mc Tominay drove home from the edge of the area.

Bednarek became the 2nd Saints player to be sent off bringing down Martial to allow Bruno Fernandes the chance to score from the penalty spot at the 87th minute.The French man scored his second and Daniel James wrapped up the scoring at the stoppage time.

It was a victorious ending as United almost equalled their 10-0 match victory  record over Anderlecht in 1956.Manchester United came into the game with one win in their last matches.The massive impact in their goal difference means it is only bettered by the league leaders Manchester City. 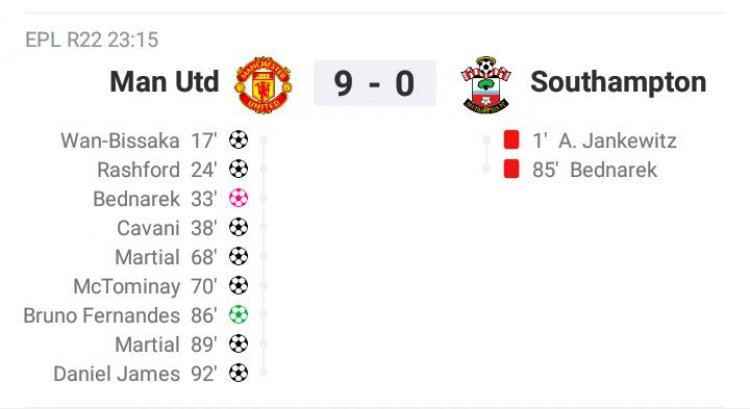 Champions League Is Back! Here’s a Preview Of Matchday...