This is Ruto’s Mt Kenya Allies’ Take in case of any Coalition Between Him and Raila.

Deputy President’s allies from the Central Region have threatened to walk away in case of any alliance between him and ODM leader Raila Odinga. 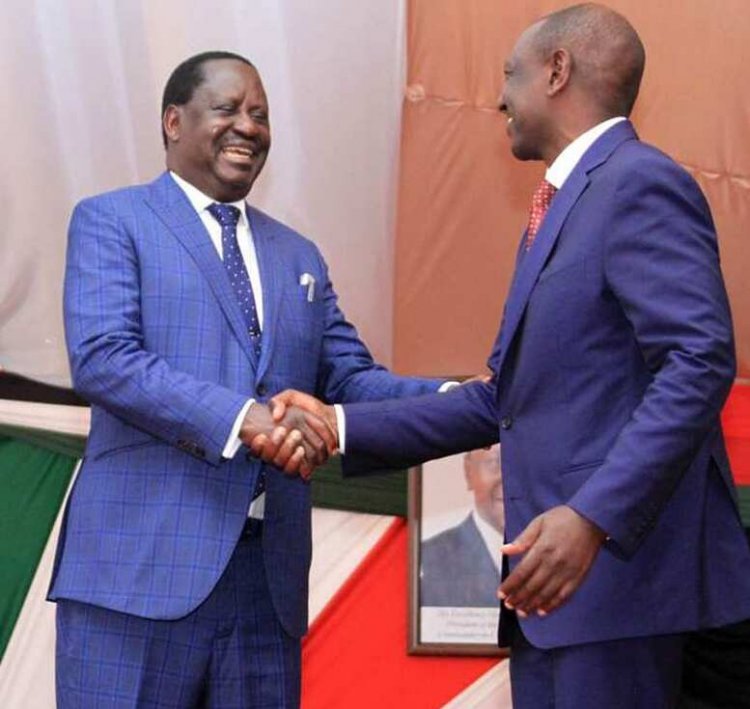 According to them Ruto is the best Candidate and befits succeeding President Uhuru come 2022. Adding, the DP is capable to navigate through to the Statehouse without the input of Raila.

However, the leaders have maintained that in case it happens that Raila supports Ruto in the presidency, they would give it a second thought but not the other way.

Reports also highlighted that the alliance could face other several stumbling blocks and the DP would lose the political base that he had created in the Mt Kenya Region.

Even as the rumors continue, it's still uncertain if the two leaders agree on working together. As of now, neither of the two can step down for each other for the Presidency seat. Ruto’s Supporters have however maintained that State House is their main target.