The late Nderitu was hit to death by overspeeding cars reportedly rushing to a meeting held at Sagana Lodge, and led by President Kenyatta. 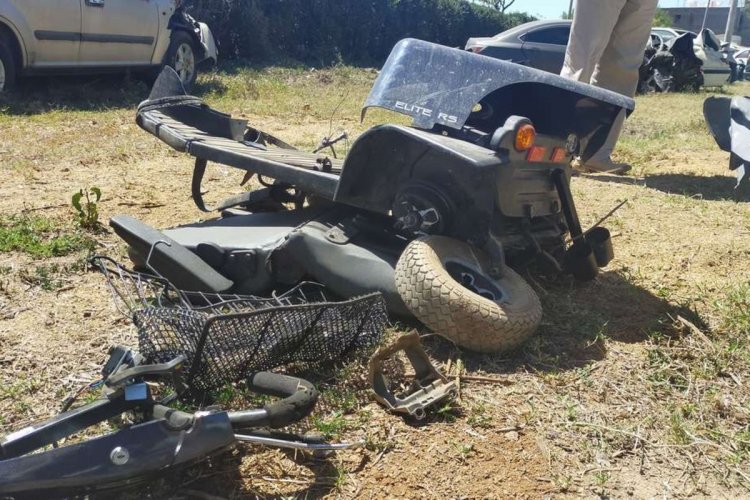 About five days ago, a physically challenged man lost his life after being hit by vehicles headed to the Sagana lodge meeting hosted by President Kenyatta.

However, despite almost a week since the accident, officers have been reluctant in revealing who owned the cars, and who were driving them when the accident occurred.

With the late Christopher Nderitu set to be buried today, close sources have revealed that the vehicles belonged to some top politicians, despite efforts by law enforcers and local politicians to bury the case.

The two vehicles that hit the late were reportedly Toyota Landcruisers of V8 make, mostly associated with politicians. Sources by the National Transport and Safety Authority [NTSA] reveal that the cars belong to an ex-senator and a county assembly official.

Efforts to contact the ex-Senate legislator have proved futile since he never responded to either calls or messages. The county official reportedly the owner of the other car also denied allegations that his car hit and killed Nderitu.

The official even admitted not being aware of any accident incident. Almost a week later, police officers are yet to arrest anyone in relation to the accident.

Further, the cars cannot be spotted in any of the nearby police stations, a clear indication that law enforcers could be covering the matter.

Until last Wednesday, not even a single witness had recorded a statement, with the drivers of the said cars going for questioning yesterday [Thursday]

Following the public outcries, the ex-Senator's car was on Thursday [yesterday] taken to Naromoru police station for impounding.

Discreet sources also revealed that Kieni East MP Kanini Kega recently visited the bereaved family in the company of a certain Cabinet Secretary among other politicians.

Further, local politicians have also managed to contribute about Sh100,000 to cater for burial expenses, while President Kenyatta has also sent his contribution yet to be disclosed.

Legislator Kega promised that efforts were ongoing to ensure the late get compensated by the insurance and that the bereaved family was being taken care of.

Local politicians have also pledged to step in and fund the education for Nderitu's son reportedly in secondary school.

KDF Auctions Planes; How Do You Bid?