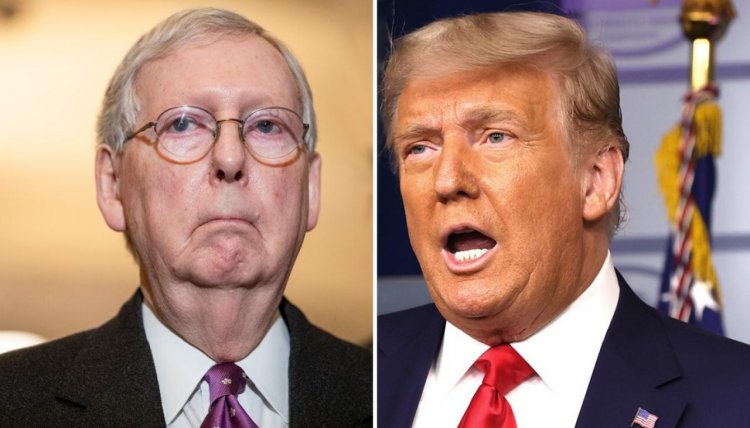 In his statement, Trump said, “Mitch is a dour, sullen and unsmiling political hack” who if the Republican Senators are going to stay with him, then they are not going to win again.

Mitch McConnell has led the Senate for the last four years but last week he voted YES to acquit former President Donald Trump in his impeachment trial.

McConnell attacked the former President as “Morally responsible” for the US Capitol riot as he “lied” about the election fraud. In his statement on the Senate floor, McConnel said Mr. Trump should face criminal and civil litigation as he was still responsible for the things which were happening while in office.

On Tuesday, former President Donald Trump gave a statement saying, "The Republican Party can never again be respected or strong with political 'leaders' like Senator Mitch McConnell at its helm."

Democrat’s win in Georgia seats saw the Republicans losing the Senate power as the House was split in 50-50 where Vice President Harris Kamala has the casting vote in case of a tie. This saw the Democrats taking control of the Senate.

Ethiopian PM: Why Eritrean Forces Were Present In Tigray...