Kenyans couldn't hide their concern after rumors circulated that Mt. Longonot was erupting on the evening of October 27. Videos circulated online showed sparks of fire blazing the night sky. 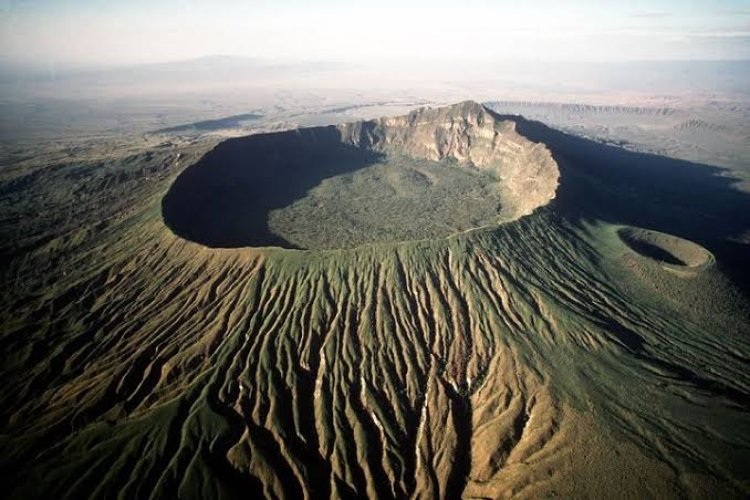 Several Kenyans on Twitter (KOT) also shared their opinion on the same incident with some denying that the sparks of fire that were seen in videos circulating online were from a fire that had emerged near the mountain.

Following the alleged rumors of the mountain eruption, the Kenya Wildlife Service (KWS) has come out to clarify what transpired. According to reports made by one of the KWS officials, the fire/smoke that was witnessed coming around the mountain was a result of a fire incident that had occurred in the area.

"It was not an eruption. It was a fire that broke out around the crater. The team on the ground is yet to determine the cause of the fire," a KWS official stated.

However, the KWS did not establish the cause of the fire witnessed.

Mt. Longonot is a stratovolcano in Kenya's Great Rift Valley, southeast of Lake Naivasha. It is thought to have erupted last in the 1860s. The KWS also protects it as part of Mt. Longonot National Park.

Notably, the park around Mt. Longonot has been noted to be prone to fires which have led to the harming of the wildlife that are found in the area.

How to know if a mountain is about to erupt

Most of the time, signs of a mountain eruption can be seen just before the eruption. Magmatic eruptions are caused by magma rising to the surface, which usually results in detectable earthquakes. It can also deform the ground surface, resulting in abnormal heat flow or changes in the temperature and chemistry of groundwater and spring water.

Here are some signs that are mostly noted during an eruption of a mountain;

Here are some reactions made by Kenyans on Twitter following the incident witnessed in the area.

I was just filming my own stuff along Mai Mahiu Rd when my cameras captured fire razing the forest along Mt. Longonot. Started small from bottom up as smoke bellowed. It started around 2pm... I am not expert but I think it was just wildfire that kept escalating. pic.twitter.com/WmFXNlwdbJ 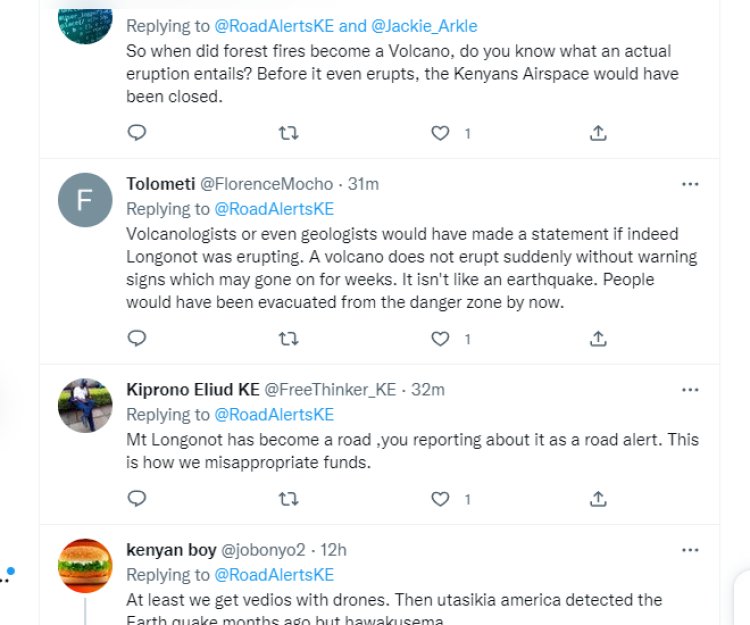