In a letter to all the Majority leaders in the county assemblies by Jubilee’s Secretary General Raphael Tuju, any Jubilee MCA failing to support the BBI is at risk of facing disciplinary actions. 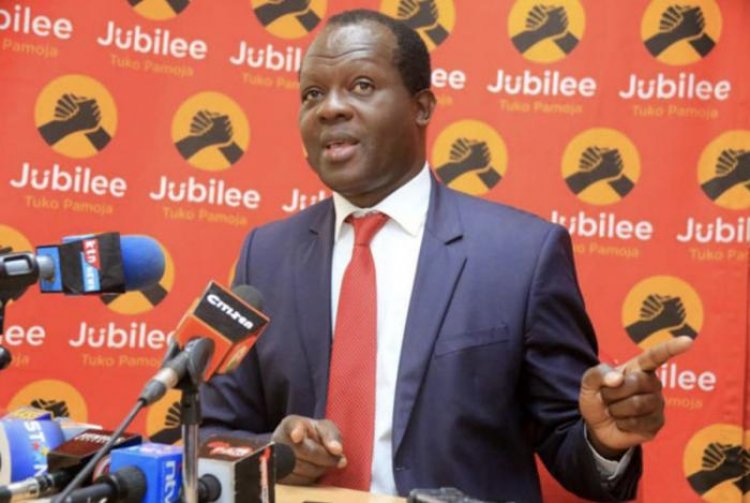 According to Tuju, it would be inexplicable for MCAs elected on a Jubilee ticket to defy the decision taken by the party for the benefit of the Nation.

The SG also said the bill was to benefit the MCAs and county governments and thus they should support the Building Bridges Initiative (BBI) fully.

The MCAs should consider things like the introduction of the Ward Development and the increase of county revenue allocation from the current 15% to 35% as of the reasons to pass the Bill.

"The party will invoke article 13.3 part (f) and (g) of the party constitution should MCAs fail to adhere to the requirement," read the letter.

The article states disciplinary actions will be taken to the members working contrary to the party’s position, failure, neglect, or refusal to carry out the directives of the party.

However, Baringo became the first county to shoot down the BBI Bill in a stormy session that saw emotions flaring up.

The Baringo County speaker said 30 MCAs voted to reject the bill while 11 voted to pass the bill.

Baringo County Assembly Becomes the First to Vote Against BBI