Uhuru Awards Raila And Kalonzo in the Cabinet Reshuffle

ODM party leader Raila Odinga and former Vice President Kalonzo Musyoka are among the beneficiaries of the latest Cabinet reshuffle by President Kenyatta. 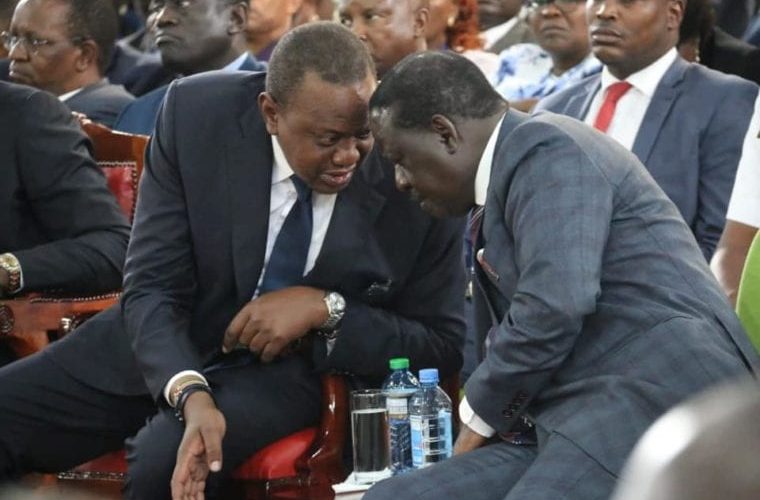 President Kenyatta and Raila Odinga in a past photo. [Photo/ People Daily]

In efforts to push for the implementation of his legacy projects before leaving office in 2022, Kenyatta elevated some leaders allied to Raila and Kalonzo to some positions.

Among the worst-hit by the reshuffles are those allied to DP Ruto with some losing their positions and their fate not yet known.

According to close sources, the reshuffle has majorly affected Chief Administrative Secretaries [CAS] as well as Principal Secretaries [PS].

The reshuffle will also see an introduction of new faces, reportedly allied to Raila and Kalonzo. Some of CASs allied to DP Ruto have their fate still unknown after their positions were assigned to other people, without further communication.

For instance, Labour and Social Protection CAS Ole Ntutu had his position handed over to Jackson Musyoka Kalla allied to Kalonzo.

Mr. Gaichuhie, reportedly the CAS for National Treasury and Planning Ministry has been replaced by Eric Simiyu Wafukho. Education CAS Mumina Bonaya has been replaced with Mr. Hassan Noor Hassan, with her fate hanging on the ceiling.

Speaking about the reshuffle, the Head of Public Service Joseph Kinyua. Mr. Kinyua stated that the changes were meant to enhance operational efficiency, among other aims.

"The changes are also in recognition of the momentous task of setting the foundation for building back better...," stated Kinyua adding that the changes were to be effected immediately.