As he scheduled to leave the office next year, President Uhuru Kenyatta now says he won’t be leaving the country to thieves come 2022. 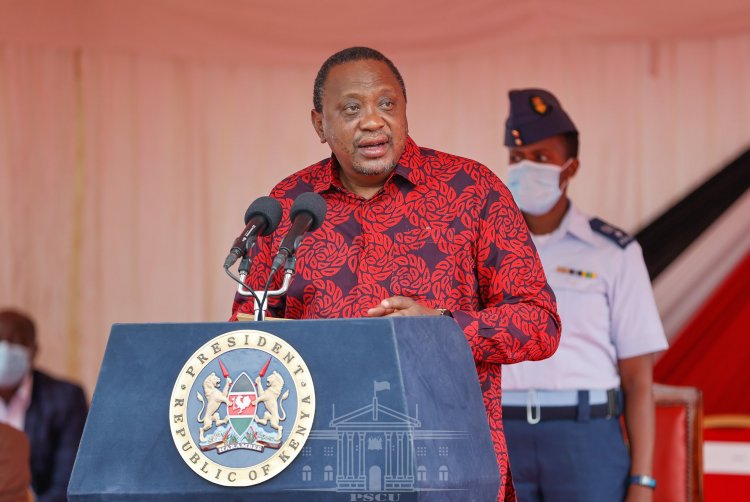 The President was speaking during an impromptu tour to the Nairobi CBD where he said he is focused on delivering the promises they give to the Kenyans in 2013 when he took office.

The head of state without mentioning names said some leaders want to harass Kenyans but he is trying to change that before he leaves the office next year.

"My aim is to ensure that all who will take from me will not be thieves and harass citizens. My aim is to make sure that they will have the urge to unite the country,” said Uhuru.

"Tell those who are insulting me, I do not care. My purpose is to serve Kenyans. I will ensure I fulfill my promise to them," declared Uhuru.

The President was popularizing Building Bridges Initiative (BBI) in the CBD where said the addition of constituencies is going to benefit the Kenyans.

Uhuru also rubbished the claims that he was planning to cling to power after 2022 where he said he will be going home after his term comes to an end.

Mother Gets Sons Jailed For 20 Years

Kenya’s EACC and the DRC’s APLC sign an anti-corruption...